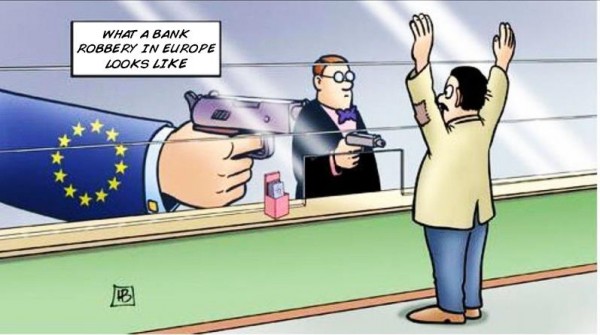 Bank robbery? Actually, no. A friend on Facebook (Terry, who is also a regular commenter here) explains.

The Cypriot banks are bankrupt and should be permitted to fail as they deserve. The depositors made a poor investment holding their wealth in fiat currency and giving that fiat currency to a poorly managed bank. By bailing out the Cypriot banks the EU is *giving* those banks’ depositors 90% of their lost money back, not taking 10% of their savings from them. That is not a bank robbery. The gun is pointed at taxpayers in Germany and other productive EU nations, not bank depositors in Cyprus. Bank depositors are receiving the benefit of the illicit money being extorted from taxpayers in other countries. 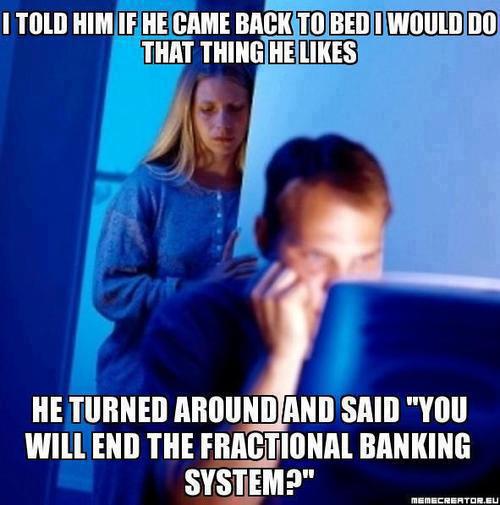