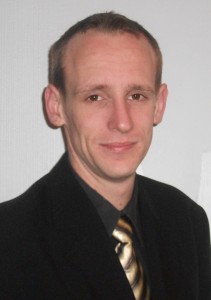 Waitemata & Gulf candidate for Auckland City Council, Stephen Berry, says today that he welcomes plans by Mayor Len Brown and Housing Minister Nick Smith to form a working group to look at the issue. “With an opportunity to vote out the current leftist council still being several months away, this is probably the best step toward more affordable housing that Aucklanders have to look forward to.”

“Normally, I’m not a big fan of Government working groups. They’re usually a horrendously expensive chinwag for bureaucrats which achieve little. However in this case I’m cautiously optimistic. Len Brown and his allies are so hopelessly clueless about the devastating effect their policies are having on housing affordability, that I think collaboration with a National government can only be positive!”

Mr. Berry is buoyed by indications from the National government that they are willing to reform the Resource Management Act in order to bring about a reduction in housing prices. “The power that the Resource Management Act grants to city councils and neighbourhood busybodies alike to intervene in property owners business and drag out the consents process is a major cause of housing unaffordability in Auckland and the rest of the country.

“It is also my hope that Nick Smith follows through on his threat to force through changes to local body processes, if necessary, to bring reduced housing costs. Auckland property owners should not have to continue suffering the economic illiteracy of the majority of Auckland City councillors.”

Stephen Berry says that electoral relief for long suffering property owners will be coming soon, in the form of a nation-wide local body political party that promotes small-government ways to improve housing affordability. “A real alternative to Len Brown’s policies is not far away. Let’s just hope he doesn’t bankrupt us in the meantime.”