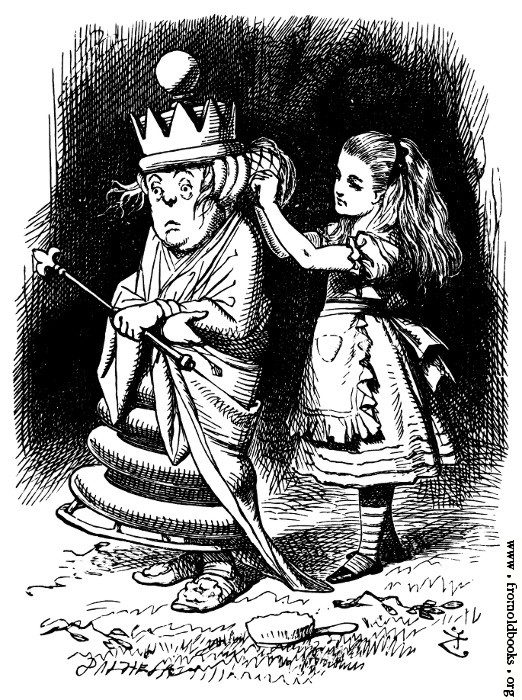 “Robin Bain did it.”

“I can’t believe that!” said Alice.

“Can’t you?” the Queen said in a pitying tone. “Try again: draw a long breath, and shut your eyes.”

Alice laughed. “There’s no use trying,” she said: “one can’t believe such improbable things.”

“I daresay you haven’t had much practice,” said the Queen. “When I was your age, I always did it for half-an-hour a day. Why, sometimes I’ve believed as many as 35 improbable things before breakfast.”

The list below was originally compiled by David Farrar during David Bain’s retrial in 2009.

Please read David Farrar’s post on the David Bain case for more (and the list of 3 somewhat unlikely things to believe before breakfast if you think David did it).

12 thoughts on “35 improbable things before breakfast”