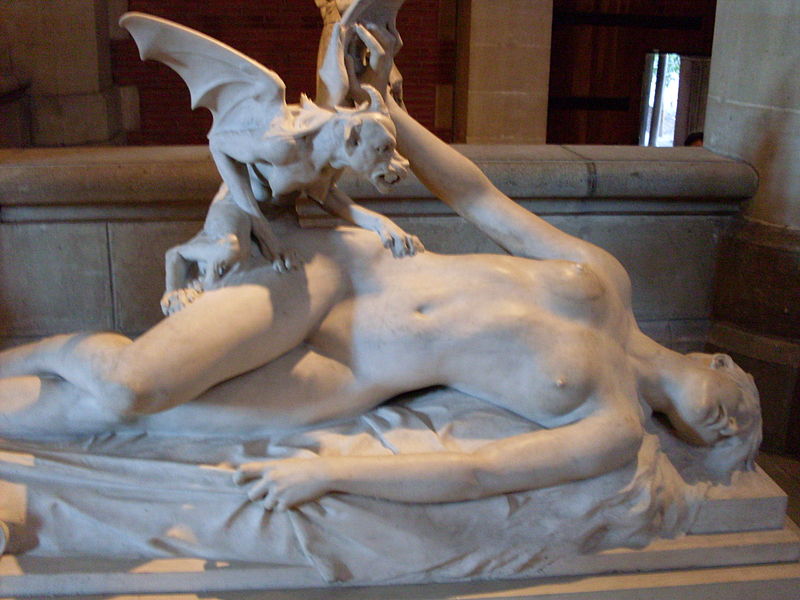 ^^^ A FB Friend posted this You tube video.
I was an Atheist Materialist when I experienced this Phenomenon first hand.
And it was like a demonic attack…. very frightening…. very real.
I have placed a link below to a previous blogpost in which I describe my experience, thus there is no need for to repeat myself other than to reinforce the very important fact that Because like the appearance of design in Biology…like freewill… because ‘Ghosts’… ‘Demons’….etc don’t fit into the Materialist world view… ‘western thinkers’ will do everything the can to deny they exist…even when millions of people report first hand experiences with them.
Thus Materialists will deny reality to defend their Bogus ideology…. and they do this all the Dooo Daaa Day!

What Materialists assert goes something like this…. Free will? … You are deceived.
Saw a Ghost? … You imagined it.
Biology looks designed? … It’s an illusion.
…Then they Pompously declare with full pious conviction of absolute authority… “There is no Evidence of any Reality which is not explainable via Naturalistic Materialism! All that exists is Matter and energy …. therefore Atheism is true!”
…and Millions of Sheeple are suckered by this trickery… they want this to be true.

Thus when confronted with this virtually universal experienced historical phenomenon of an Evil entity attack which crosses millennia and cultural boarders rather than admit the possibility of Demons… they have invented a bogus theory that makes these millions of people out to be suffering some sort of ‘sleep dysfunction’… Thus no amount of personal testimony will ever convince them to abandon their fanatical superstition.

These are Factual Spiritual attacks is the best explanation.
The only reason that Western Psychiatry wont accept this as the truth is because it does not fit into their personal belief system.
Everything about this phenomenon points to demonic attack… the victims see and feel the demon!
Yet victims are told to doubt their own first hand experience because *some quacks* don’t like to admit that the facts support the reality of the super Natural.
They put their own prejudices ahead of Empirical facts.

Read My personal experience with Entity Attack….>>>> The Green Manalishi.

I have been discussing the superstition of Materialism, morality and Free will with an Atheist Facebook friend I am trying to help ‘see the light’.
Their answers are textbook naturalism…. textbook Materialist *assumption*… “We are just our brains”…”We don’t have free will…. We are not Morally responsible… etc.
I am not mocking these answers.
They are understandable given that Naturalistic Scientism which Western Civilisation has embraced.
They are ‘orthodox dogma….

I pointed out that Materialist Naturalism…” is a faith, nothing more… and based upon some archaic Rationale which was formulated several centuries before Science proved the whole Universe, Matter, and energy had a beginning… were created… just as the Theists claimed it was.

Materialism was born out of ignorance… the belief that the Universe was eternal. I would ask you to re-read your last two comments (Re: No Free will… no Moral responsibility) and *really contemplate* whether or not they are believable *in the face of Reality*?

I appreciate they are consistent with a belief that *we ….and everything else is only Matter*, and yet In the face of experience… of empirical reality..Is it plausible to deny that we have free will, and are not morally responsible for our actions?

I fully understand why Materialism forbids freewill.
You need to grasp the fact that Free will is not denied because of empirical evidence, but because of the *Ideological difficulty* it presents to Materialism.

If we have free will then Materialism is proven false… and that is why Evolutionist scientists are hell bent on convincing people that Free will is just an illusion….

They must con you this way or else admit their theory is wrong.

Let me do a small experiment. I ask you to touch your nose with your left hand.

Now I argue that there is no physical Causal Determinism between me asking you to do this random thing, and whether or not you actually do it.
*You have feel will to choose*
You see that if you do do it, to believe you had no choice you must assume that Me asking you this random question, and your performing the task are all pre-determined by the Big bang and that we had no say in this experiment… that we are utterly slaves… and not even responsible for this conversation…. That’s how crazy Materialism is!

I have written a lot these subjects. Below is a blog on a short You tube video about our minds.

The reason it is important to appreciate the historic timeline of when Materialism was borne is because prior to the scientific acceptance for a beginning of the Universe the materialists could claim that all reality was (in theory) within the scope/ reach of naturalistic science…. but once it was admitted that the universe was not eternal, that necessitates the existence of a greater….beyond the universe….beyond physics…out of which the Universe and Law of Matter…were borne.

This means there is a greater reality than mere materialist Laws of physics… A greater Non-physical reality that could be described as a ‘spiritual reality’…. it is because of this that materialists have had to invent… a second level of ‘Deadness’…. The ‘God’ of Materialism is now an absolutely unproven entity deemed to be… ‘a quantum field’…. This is wholly an invention of the atheist mind designed to hide the fact that their materialism was in fact proven wrong and that the greater reality lies behind the laws of matter and is not governed by them.

Materialism is Defunct!
It has been overthrown with the progress of science.
The Atheist of the Gaps is being utterly crushed!

Read more… The Walls are closing in on Atheism… not Theism.

10 thoughts on “Defunct / Archaic Western Dogma blindly insists : ‘Whatever does not fit the Naturalistic Materialist Paradigm is Illusory’. Entity Attacks”