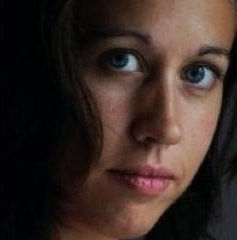 Dr. Laura Keynes grew up in Cambridge, arguably the intellectual center of the United Kingdom. She studied at the University College of Oxford on a full-ride scholarship and ended up earning a Doctor of Philosophy degree. Her doctoral thesis was on epistemology, the study of knowledge and justified belief. As her last name indicates, she is the great-grandniece of the famous economist John Maynard Keynes. She is also the great-great-great-granddaughter of Charles Darwin.
Why am I telling you about this young lady? Because she recently wrote an article entitled, “I’m a Direct Descendant of Darwin…and a Catholic.” Now the title didn’t surprise me at all. I know a lot of Catholics (and even more Protestants) who believe in evolution. Indeed, one of the leaders of the Intelligent Design movement, Dr. Michael Behe, says:1

You can be a good Catholic and believe in Darwinism. Biochemistry has made it increasingly difficult, however, to be a thoughtful scientist and believe in it.

However, as I read the article, I couldn’t help but smile. You see, Laura was raised Catholic but drifted away from the faith after her mother became a Buddhist and her brother rejected all organized religion. By the time she was studying for her Doctor of Philosophy degree, she was an agnostic. During that time, however, Richard Dawkins had opened up an international dialogue on the existence of God with his thoroughly awful book, The God Delusion. Well, Laura decided to read Dawkins and his fellow New Atheists, and she says:

I expected to be moved from agnosticism to atheism by their arguments, but after reading on both sides of the debate, I couldn’t dismiss a compelling intellectual case for faith. As for being good without God, I’d tried and didn’t get very far. At some point, life will bring you to your knees, and no act of will is enough in that situation. Surrendering and asking for grace is the logical human response.

I don’t think that’s the response Dawkins and his colleagues were hoping for. The entire article is worth a read, because it really shows how an intellectual person should respond to what the New Atheists have produced:

I read central texts on both sides of the debate and found more to convince me in the thoughtful and measured responses of Alister McGrath and John Cornwell, among others, than in the impassioned prose of Hitchens et al. New Atheism seemed to harbor a germ of intolerance and contempt for people of faith that could only undermine secular Humanist claims to liberalism.

Notice what she did. She read the central texts on both sides of the debate. Most people don’t do that, but it is the most important thing a real intellectual can do. I suspect that working on her dissertation made her realize that there is no such thing as an unbiased argument. All authors start with their preconceived notions, which color the way they view and present the evidence. As a result, the only way to come close to getting an unbiased view of the debate is to read from both sides. By doing that, you will hopefully be able to start seeing how the various authors are “coloring” the evidence, and that will allow you to remove some of the “coloring” and look at the evidence a bit more clearly.

When Laura did that, she saw something that should be immediately obvious to those who read both sides of this debate: the New Atheists are full of bluster and bravado, but their arguments are incredibly weak. Those who have responded to the New Atheists (at least the ones she read) provide a start contrast. They are calm, measured, and rational in their response. According to her, this contrast helped to demonstrate that the majority of the evidence clearly goes against the atheist position, and the bluster of the New Atheists is an attempt to cover up this inconvenient fact. As a result, she returned to the faith of her childhood.

One thought on “Richard Dawkins Produces Another Theist: Proslogion”