^^^^Talk about vindicating my Blog posts!
These Quacks in the above tube vid want more Tax loot to fund their own cushy existence on the basis of their own Bat shit crazy beliefs!

The say that is “a matter of numbers”…. and that though they suggest intelligent life may be ‘very rare’… they are ‘confident’ that the probability of Microbial life is “almost 100%”.

May I refer you to my blog posts >>>> Multiplying Absurdities Equals Certainty… The Math Magic of Modern Atheist Astrologers! 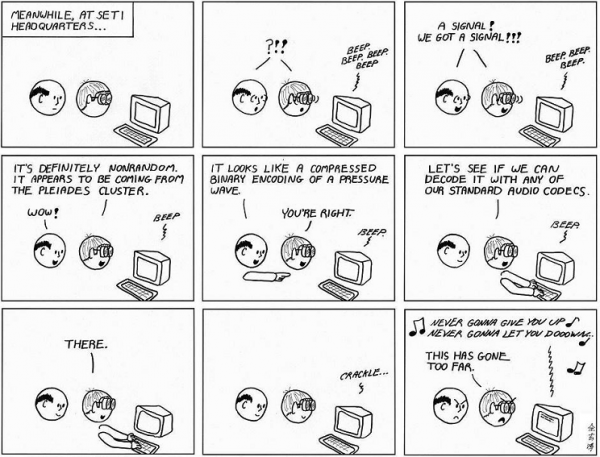 What is even funnier about this is that I didn’t know that these supposed space Microbes could transmit Radio signals… etc which is the primary thing these SETI Kooks spend all day listen for!
Maybe they have ESP
I guess the joke is on American Tax slaves. 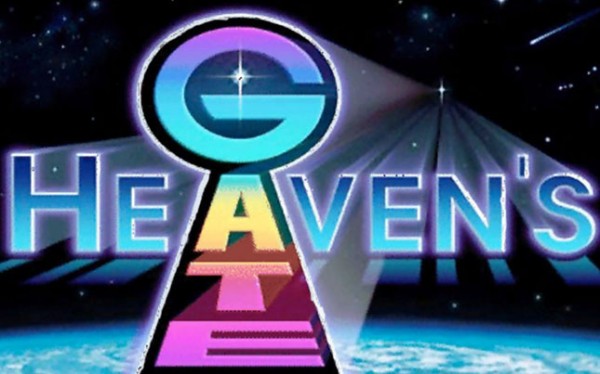 This lobbying for money to fund Seti is the exact equivalent of the Cult of ‘Heavens Gate‘ asking Congress to fund their wacky UFO religion…. it only the fact that the SETI Cult of Atheist Materialism enjoys much greater popularity, and has devotees in high places that these Pseudo-scientists even dare to ask for $$$.
This sort of prejudice towards The religion of atheism is a flagrant violation of the principle of the separation of State and religion, and that it is tolerated is the chief reason why so many Sheeple have been duped into following the pied pipers to their doom.
Satan Laughing spreads his wings. 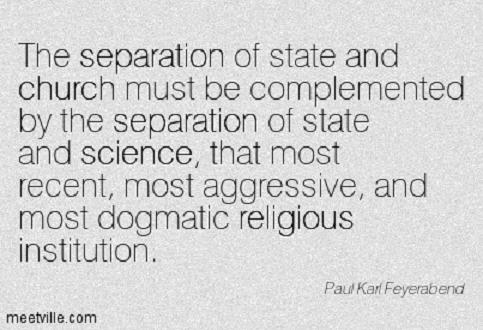 With all this wacky speculation being touted as Rational Science, one wonders how Richard Dawkins can be so sure there are no Spaghetti monsters out there?
Evolution seams to make any fantastic being possible…. as long as its not Moral, all powerful, responsible for making mankind, and doesn’t demand worship.
🙂 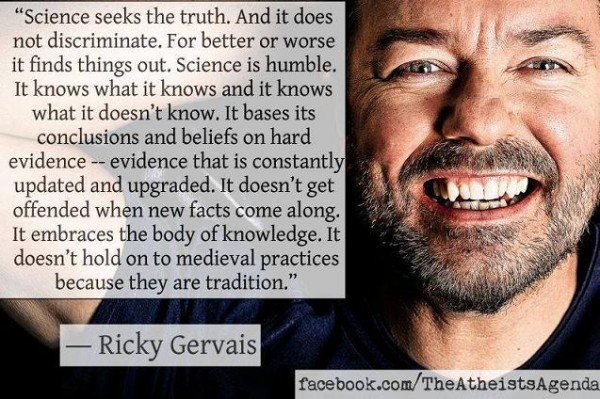 Oh really Ricky?
All this talk of ‘ET’ and a supposed ‘almost 100% certainty’… based upon the numbers of Stars in the sky proves otherwise!
It exposes the Naivety and dishonesty of Atheists (Like Rick Gervais) in regards to their insistence that their Atheist Faith is based upon a more sure foundation than Divine revelation.
In reality they deceive themselves by their absurd notions of what materialism and Naturalism are and how sold the so-called science which they claim underpins their beliefs. 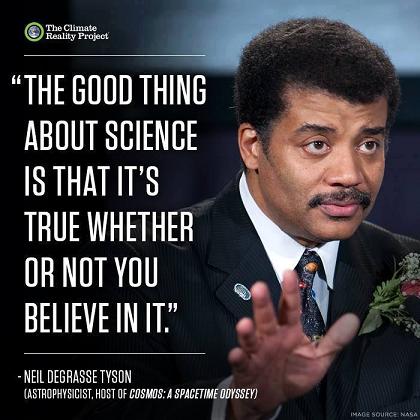 Oh Really Neil? May I suggest that the very opposite is *more often* true of science!
Ie more often than not what has been claimed to be scientific fact is eventually overturned and proven to be false.
These Atheist somehow delude themselves that *their* Science is Holy…. objective… and free of the Human condition… when in reality they wallow in Human Subjectivism, self deception, and ignorance.
Their Atheism is not based upon science… rather their science is based upon their atheism.
They are just too dumb….too blind…. too hateful of religion to realise it.