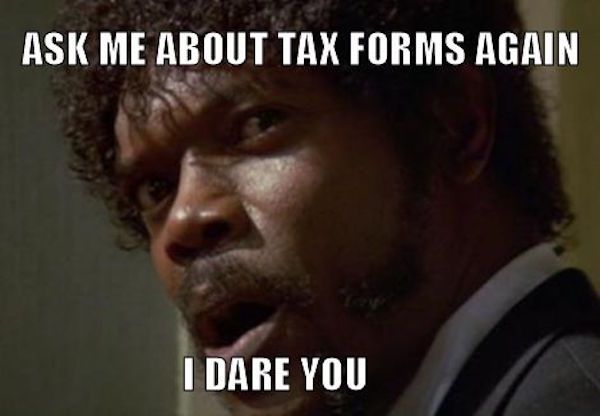 Poverty is growing in New Zealand.
Suicide is too.
Financial stress is destroying families.

With the heavy oppression I face from the Tax department, only two things prevent me from becoming a dangerous enemy of the state… rather than a passive victim.
1. My responsibility as a husband and Father to put their immediate well-being ahead of my need for vengeance.
2. My Christian faith that abhors violence… even against those who deserve it… yet the restraints of these two factors have limits… I ask myself at what point does it become the Christian and Fatherly Duty to take up arms and wage war against a tyrannical State?
Anyone here remember the words of the American Declaration of Independence and why America was born?
Nah.

How many struggling families receive Threatening letters about arbitrary ‘Debts’ from The New Zealand tax department each week?
How many self employed people are bankrupted by the IRD… or loose everything they have worked years to gain?

There is a crisis going on!

What will it take to stop the Legalised Robbery?
The Government makes Organised crime look like amateurs!

So far my Activism has been Peaceful and reason based… like the Gospel… an appeal to the hearts and minds of my fellow citizens… Yet the Jackboots of the state are kicking at my door…. like Extortionate Gangsters.

They are destroying the lives of the virtuous and hard working. 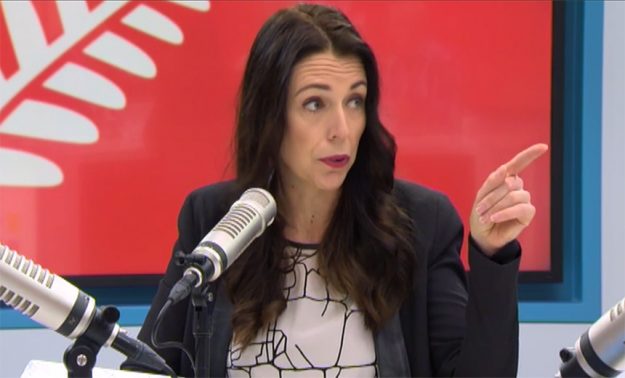 Yet the *real sad truth is* it is *you*…. my fellow countrymen who continue to vote for the Rapacious Extortioners… and their ever growing addiction to expropriation.

How many more homeless people will have to die in gutters? how many suicides and broken families will loose everything before you realise that it is the Jack booted Government *itself* that is by far the greatest threat to your lives and family?
Every Tax hike pushes more Families towards crisis.
Nonetheless like a runaway juggernaut the Government and Councils are having meetings about the country scheeming more ‘innovative’ ways to take our money for their whack schemes!
Tax is Crack Cocaine to Socialist addicts like Ardern. 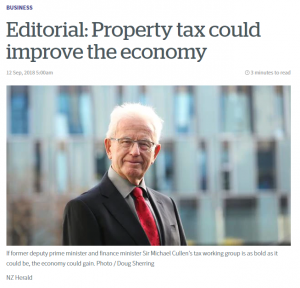 The pic above is the sort of ‘editorial’ that passes for wisdom in New Zealand when it is nothing short of absolute falcehoods and propaganda designed to ‘soften up’ the masses into accepting new and higher Taxes!
They peddle the lie that higher taxes will bring greater prosperity!
They peddle that great Lefty lie that those with property have not contributed ‘their share’ to society!
Tolerance towards this sort of sycophancy in the media in New Zealand is outrageous!
How Journos and editors can get away with such one eyed lies is a testament to how lobotomized our population is(thanks state education).
The so called ‘Free Press’ have failed in their Duty as the vanguard against tyranny.
Read : Lost Plot. World Press Freedom Day.

and… Spiel on brain washing, and socialist engines of confomity. State education.

We are expected to maintain composure while being fleeced… to suffer in silence… to maintain the Delusions that higher Taxes are Good, Justified, enlightened, when in reality by far greatest cause of Poverty in this country is Socialist over-government and heavy taxation.
No matter how hard I work… or how many thousands of dollars I withhold from my family and give to the beast… no matter how many Holidays I forego… They still send me threatening letters telling them I owe them tens of thousands more….
How many of you are working yourselves to death… forego Medical attention for yourself… yet suffer sleepless nights, and whose only Forlorn hope is to win lotto?

They take the Joy out of life and keep families on the edge of poverty at all times. (A Habitat of Envy and want under which white horse riding socialist Scammers flourish… )

For the Grace of God People…. Wake up!!!!
Stop worshiping evil Idiots like Jacinda Ardern!
The Labour Party is not the friend of the worker!
She is *not* a heroic leader… she is a Thief and a bully.
She’s a sexist, Racist hypocrite…
A Gangster.
Why she (and her ilk) are in power is because *her* sexism… *her* Racism… *her* hypocrisy… and *Her Economic delusions* all are of the popular variety.
She’s a Retard…. Captaining a ship of Fools.

Of course the problem is bigger than Jacinda’s Regime… Its Ideological and systemic… she’s just the latest Demagogue to wield the flail.
The real problem for Modern civilization is in the unfathomable void… the monumental sheepish ignorance of our systemically lobotomised voting populations.

What sort of Slavery are we bequeathing to our children?
Speak now or forever hold your piece… pun intended.

2 thoughts on “Jacinda Ardern: High On Tax Crack. Heavy Taxation and the Growth of Poverty in New Zealand.”