There are great lies and falsehoods everywhere, and on all sides.
Alas. 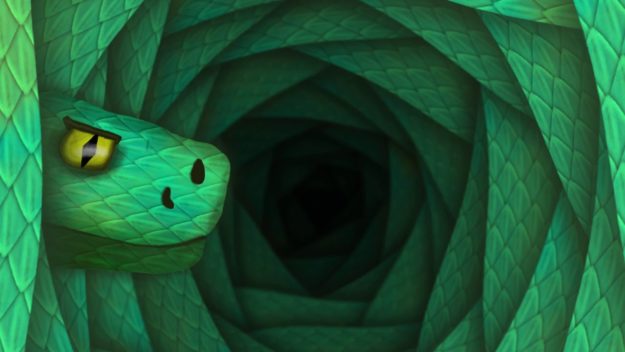 “God is not the Author of Confusion, but of peace… ” 1Cor 14vs33.
And yet Confusion reigns upon the world and esp on the Internet.
This confusion is not of God.

” Ye are of your father the devil, and the lusts of your father ye will do. He was a murderer from the beginning, and abode not in the truth, because there is no truth in him. When he speaketh a lie, he speaketh of his own: for he is a liar, and the father of it.”
John8vs44.

Ignorance is a source of error, yet this ‘spirit of purposeful deception’ is the chief source of falsehood, confusion, propaganda, etc… the willful bent to mislead others for selfish ends… it is a desire to undermine truth, to create doubt, to circumvent justice, to destroy, and to profit via corrupt means.

The subject is vast, and yet I want to focus on just a few aspects that ought to be at the forefront of our minds while using this extraordinary system… the Internet and Social Media… and that is to question the source and motive of what appears in our ‘News Feeds’, or purports to be ‘ Authoritative sources’… such as Wikipedia, Factcheckers, etc.
We must keep open minds.
We ought not to automatically reject articles that conflict with what we already hold to be true… because they may in fact be correct and it could be that it is ourselves who need to modify our opinions . The medicine may be unpleasant, yet needful.
Do not automatically accept articles that bolster and progress what you already hold to be true… the candy may contain poison.

All this requires great care and a personal commitment to being objective thinkers… open to reason.

Examine, and question, and weigh everything… because we know there are evil forces at work constantly seeking to deceive us, and lead us down wrong paths.
I am always hesitant to accept ‘Contact requests’ from strangers, and often I must ‘block’ contacts when it turns out they advocate unpleasant causes.
I also wonder about ‘Snakes in the grass’… Fake friends who plot your downfall… are spying on your activities for your enemies… and seek to find something you say or do… to call in the thought police or Authorities to deplatform or destroy your life.
This is no joke.

I have noticed that extreme falsehoods (usually the easiest type to spot), esp when it comes to highly controversial political issues are not housed upon one side of most debates, but that gross falsehoods of equal corruption are propagated and voluntarily shared on all sides… and this corruption can destroy the integrity of even those fundamentally on the correct side of some controversy… those fundamentally defending a truth can have their movement defiled because via devious means the Liars have managed to infiltrate their cause and sow falsehoods there that take root, and produce internal strife’s … Evil fruit.
Beware the Serpent can be most subtil! The less extreme ‘smaller lies’ can be much harder to detect and easier to swallow.

This type of falsehood is sown intentionally by malevolent souls.

Who profits when a righteous cause becomes weakened, and tainted?
Not God!

Dissention can destroy a righteous cause from within, and so any group of people working together for a common cause needs to remain constantly vigilant that error does not creep in among them. They must constantly examine what their own people are expounding to ensure their integrity to truth is not being compromised by falsehoods that have been planted by evil workers posing as fellow soldiers and workers for the cause.

An observation I have made… whether it be talking about the Covid 19 ‘Plandemic’, or about the US Election steal, or about the Globalist Mass Immigration Plot, etc that from scrutinizing the traffic on the various Social media pages and looking at the broad range of claims and positions held, it is very obvious to me that *all sides* of theses disputes are plagued with mass propaganda… outrageous lies.

Too many people only spot motes in their brothers eye… never looking for beams in their own.

There are multiple sources for all this chaos, and we should not at all be surprised that those who are supporting the falsehoods that underpin the various Evil agendas are more than willing to use massive lies to achieve their political ends… a great example of all this is the callous attitude of many environmentalists and willingness to create and the use fabricated stories and lies designed to shock the unquestioning public into supporting their anti-freedom legislative agendas.
To Radicals of every hue… their desired ‘noble’ goals can justify such dishonest means.
What alarms me most is that there are this same type of unscrupulous operators on the opposite side too… shamefully… on the side of ‘Good’!!!

Yes… there are *even on the side of good* Unprincipled children of Satan… who believe fabricating falsehoods for the sake of Freedom, and justice, etc… is a legitimate tactic to deploy in Ideological warfare… let me tell you now these people are corrupt… and they are a cancer within any movement… and must be rooted out!
More often these falsehoods are sown by Snakes in the grass…. infiltrators.
Falsehoods… not matter the source… no matter how ‘effective’…. must never be allowed to be embraced and perpetuated by any righteous movement…. and to guard against this is why we must be always questioning one another when we see one of our own making novel claims, or statements that might not have any sound ground beneath it to support it and make it worthy of being believed as truth.

This does not mean people cannot make conjecture… to discuss possibilities… and yet it should be made clear when ideas are posited as speculation (in the abstract) rather than established facts.

And it is possible that a good honest person has inadvertently been deceived into sharing an evil fabrication that was created by a minion of Satan… for the very purpose of destroying the credibility of the Cause.

When good but gullible people share memes, and articles that are fabrications… as if they are to be believed… without specifically stating that they believe them to be dangerous lies… not only are they spreading the rot within their own movement, but also cause their movement to appear deluded and corrupt to any thinking outsider who might have otherwise been won over to the cause… had not the fabrication… the lie… become embedded in the rationale of the movement.

Lies, Falsehoods, Fabrications, all undermine the credibility of any movement.
And this being so… and that it is not Good, or God who profits from lies, we must take care that we are not assimilating into our cause the fabrications of *Professional Spin Doctors*, The disinformation of paid corruptors, who are expressly employed to deceive, and create chaos in Movements that have been targeted by the powers that be for destruction because the Movement is threatening one of their pet ambitions, plans, or programs.

Beware! Even the Factcheckers turn out to be the fake news and frauds… little wonder when you see who pays their wages!
No better example needs to be appreciated than Facebooks Banning of posts about Covid 19 coming from the Wuhan Lab, or the deplatforming of Doctors who testified that Vitamin D, C, and Zinc, and Hydroxychloroquine and Ivermectin were effective treatments for Covid 19!
Those that purported to be protecting the public from Mis-information turned out to be the greatest perpetuators of it!
The Mainstream media that were given free range turned out to be the fake News!
Politicians, Media almost never admit it when they have been peddling lies.

Free Speech is wild, and yet vastly better and more just than having ‘Truth/Thought Police’ whereby only one perspective of all things is allowed to be discussed in public.

“Free Speech is a vital and powerful sword available to all citizens and that is the reason why belligerent political operators seek to take away this defensive weapon from those they seek to subjugate.”
from here.

Don’t be so swift as to throw out a highly plausible and probable claim when confronted by some patently weak and poorly argued ‘Fact check rebuttal’.
Have some wisdom and fortitude to be skeptical about the paid sceptics esp when their counter-claims are incredulous.
All this means is more investigation and dialogue is required.

I have said this many times… we do not live in the ‘Age of Information’… but rather the Age of Bullshit!
True to our nature, and like almost every other great and good invention, fallen humanity has absolutely corrupted the Worldwide Web so that chaos reigns.
Most of mankind wanders the Virtual Domain as they do in real world… lost in confusion.
I would hazard to guess 75% of what is purported to be fact on the net… is falsehood.
Can my estimation be substantiated?
Or is the situation Less dire… or more so?
I’d like to hear other peoples thoughts on this.

Let those who seek to serve God, Goodness, and Truth, always ‘Self fact check’, always be willing to question one another for the sake of truth and be willing to accept critisism from other fellow soldiers when good reasons are deployed… all for the sake of maintaining high integrity within your movement.
Constant vigilance against falling into snares laid down by Devils must be maintained… always.
That is the only way to maintain the distinction of being on the side of Truth!

When we have gotten something wrong we must have the strength of character to admit it… immediately.

We live in a Paradise Lost.
The Fresh waters of Truth have become muddied and putrefied.
The Masses suckle at Satan’s teets.
A heavy fog prevails so that our Families and friends struggle to find their way… they spurn the Lantern light of those who expound the truth.
They have become comfortable and acclimatised to the Dark.
They have no love of the truth that they might be saved.

Yet fear not… There is a source of light that will not be extinguished.

One thought on “Life in the Age of Bullshit.”