What evidence supports this Theory?
A lot! 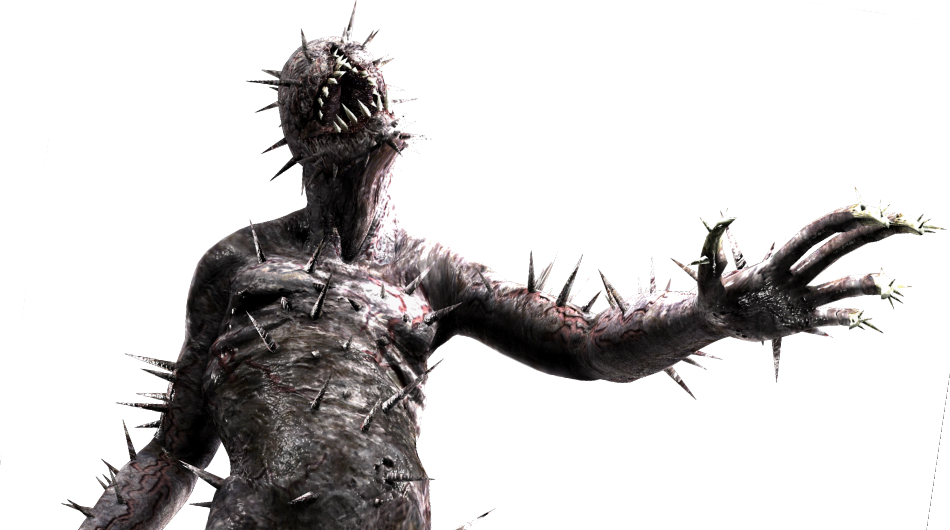 Must watch (Above). It was this video that put the final piece in place for me… Watching Fauchi obfuscate when questioned directly about the Spike protein.
BOOM! Yet this has far more implications than merely exposing that Fauchi has been lying and illegally funding gain of function research.
It exposes the whole evil plot.
This video will probably be censored like so many valuable truths the powers that be want to keep from the sheeple.

Remember Lie number 1 was keeping humanity from thinking Covid 19 could possibly be Genetically engineered and escaped from the Lab.
And yet finally that lie has been exposed… what follows is either it was released by accident… or by intent.

Well what circumstantial evidence can we muster to give us some plausible explanations or probabilities?

These are of course more Forbotten questions the Globalists don’t want the sheeple to contemplate…. or talk about.

I have been pondering this…. and just recently the random components have fallen into conjunction.

I will write more on this shortly supplying evidence… yet because I have had a ‘Eureka moment’… I must share the substance of what I now realise as a provable fact.
The Spike itself is evidence of the origin of Covid19 as being genetically engineered…. via gain of function experiments.
Grasp this and the evidence that the world is experiencing *a Biological war* by Evil people seeking world domination… *Is obvious*!!! 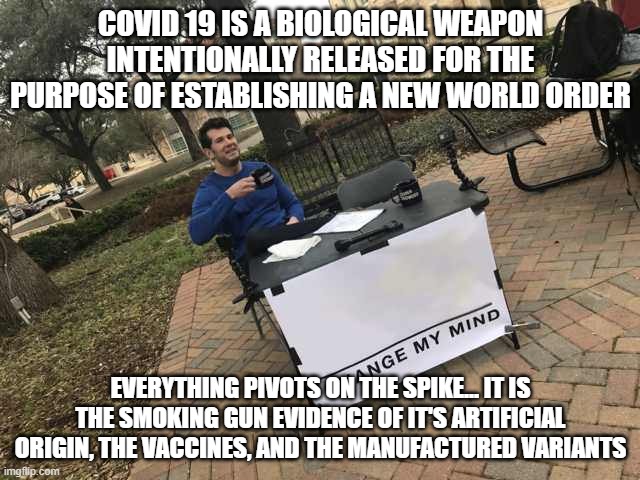 It’s *all* about the Spike!

The evidence of the origin of the Pandemic as being genetic engineering is in the spike.
The vaccines all are centered on the spike.
And… the variants…. we are told are variants… all ‘found’ and identified in their spike!
This is a statistical proof… because variants ought to be random… not specific. 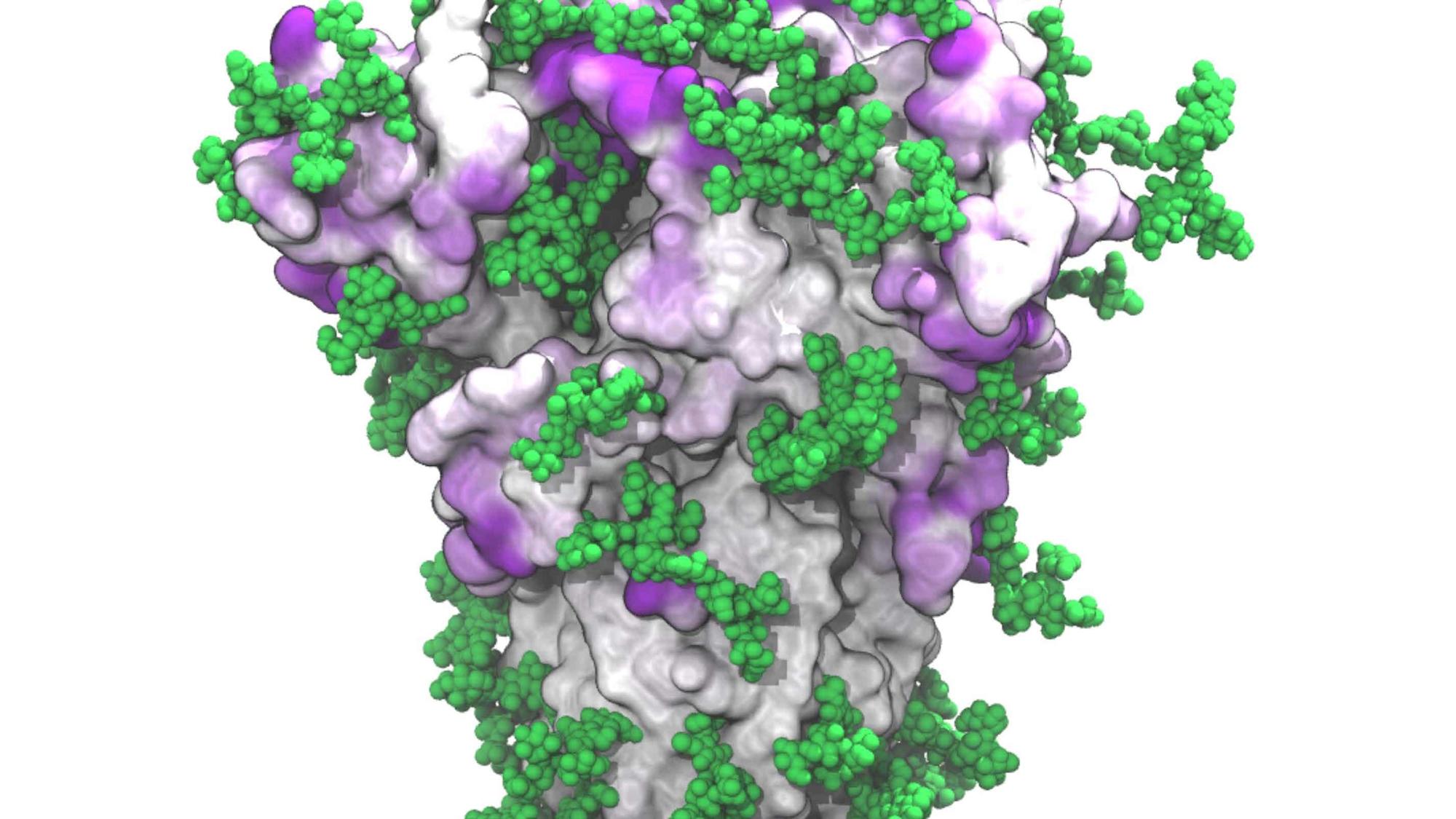 They are all centered on the *Spike!*

Dont you think it’s a bit odd they keep looking at *the spike protein*… ie the very part of the virus they synthetically make in their labs for the *The MRNA vaccines???*

This smacks of *a designed racket* to keep justifying the use of their Spike protein factories to keep rolling out ‘Variant vaxx’es’ perpetually… !!!!

and how convenient it is that the so-called ‘random mutations’ just so happen to be in the part of the sequence *Big Pharma* have industrialized.

The Technocrats have control of this Genetic weapon….

This really is *the Smoking Gun!*

Note: Even if the math suggests Covid 19 is a plandemic rather than a ‘pandemic’… it does not follow that therefore the virus itself does not exist.
It means the Evil Globlaists have this weapon at their disposal and can release ‘variants’ at will while being safe themselves.
This is an absolutely frightening proposition.

And yet we know they can easily fabricate some pseudo-moral justification for what they plan to do…. mass genocide of billions.
The Ecological/ Malthusian hate for Humanity… and Messianic notion of ‘saving the planet’ from the ‘Human virus’…. etc…etc… all current beliefs of the Atheist far left who concider humanity to be mere ‘animals’…. in fact ‘destructive vermin’.
If you are Woke… you will confess your own ‘Vermin-hood’…. and voluntarily embrace global slavery….

A common counter argument used to counter ‘Vacination hesitancy’ is that People may know friends and neighbors who have had the vax, and not experienced any problems… not admitting to themselves that Death can be a slow process, and even if the Endgame is not direct mass culling of humanity via the virus… because the Vax was rushed into deployment… no safety studies referring to human fertility has been done… The adverse affects could be *Sterilizing the youth* which would have the very same effect as mass genocide… without the mess.
Vax Czar and WHO Patron Saint Bill Gates is a vocal exponent of Population control.

And yet again…. even if the Vax proves to do neither of these things, what is indisputable is the use of the pandemic to destroy Western societies and establish a Socialist Global Police State. 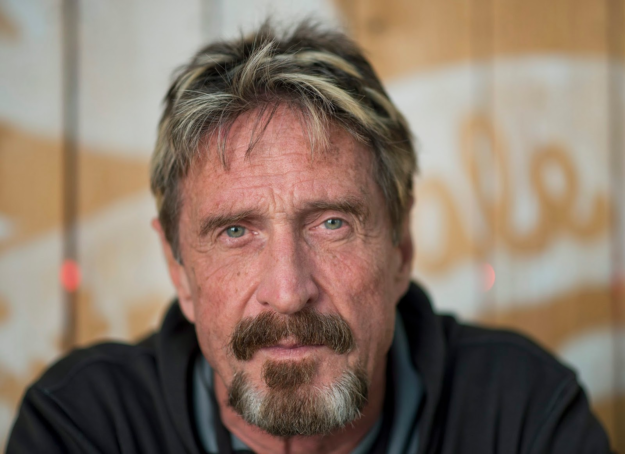 THE TRUTH IS IN RETREAT. THE GLOBAL KINGDOM OF THE ANTICHRIST IS AT HAND . IS THE AGE OF GRACE COMING TO A CLOSE?
PUGILIST SAGE.

3 thoughts on “It’s all about *The Spike*. Covid 19 is a Bioweapon released upon Humanity for the sake of Global power.”