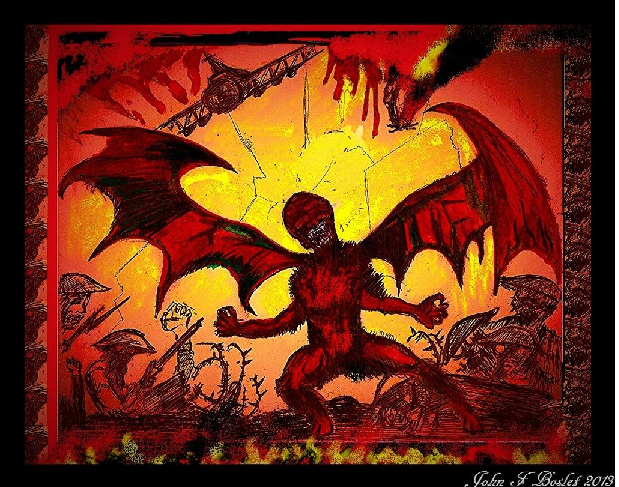 There is good reason why the UN has been labeled as the modern day ‘Tower of Babel’ in that it seeks to place all of the Nations of the world back under one Brutal Godless King to rule them all… just as Nimrod ruled before God broke up his kingdom and scattered the Nations for the very purpose of placing limits on Human Power and Authority.
Nimrod was a type/ an example/ a forerunner of the Antichrist to come.
It is no coincidence that the Socialists seek to reunify that which God himself divided, and to restore the power of a Global Dictatorship.
The socialists are the minions… the children of Satan… doing his bidding,

Satan’s Gospel of Globalism and the New World Order is as we speak going out to all nations… Deceiving and being deceived.
The level of Guile harbored against Good people who stand in the way of the approaching flood… esp against Donald Trump… is at psychotic levels… even among those who ought to know better.
Satan laughing spreads his wings.

One particular group who demonstrate a sever rabidity of the mind and who are incapable of rational thought when it comes to Trump are the Anarchists.
Many of them… most of them (the only one I know of who is not like this is Victor Pross) are completely consumed by contempt as to be incapable of objective discussion… none more so that the petty Self important Anarchist spokesman for American Anarchists Larken Rose.
Now Rose couldn’t think his way out of a wet paper bag… his arguments are always puerile and founded upon falsehoods, and no one displays a complete lack of character better than he as he revels in the ill fortunes of those he despises. 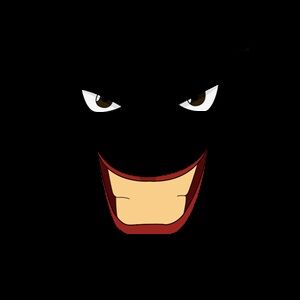 Remind you of anyone?

An example of this is below… Rose Gloating that Legal attempts to expose the Rampant Voter fraud in the US Elections are not meeting with any success. 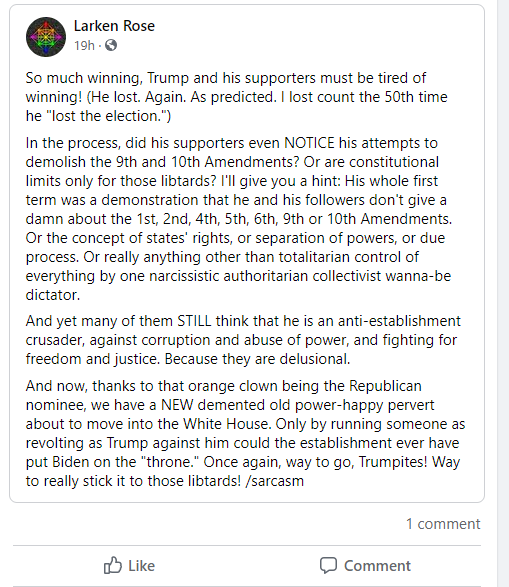 As usual Rose is full of crap.
One of his Fans shared this with me today to get my reaction, knowing I myself have been a Stalwart supporter of the Case against the Democrat Party of grand Scale Election fraud, and that I have had hopes that this would be upheld in Court… esp the Supreme Court.

Though it looks like my hopes may indeed be dashed I am at peace in my own convictions and faith.
I am not in the dark… as many.

No Irony in Anarchists tell us to trust the System… nooooo.

It still is not game over, yet it does appear that *despite mountains of evidence* and the fact that *Constitutional Laws were violated* and Electoral safeguards were flouted in every way imaginable… that those most trusted to defend the Nation from being taken over by these very means, are themselves either too spineless to make the call, or have themselves been compromised.
Ie they want Trump out… and Biden in… because they have been duped into believing the Globalist lies of Covid, Global warming, and the Great Reset… ie the Supreme Court has become politically activist. 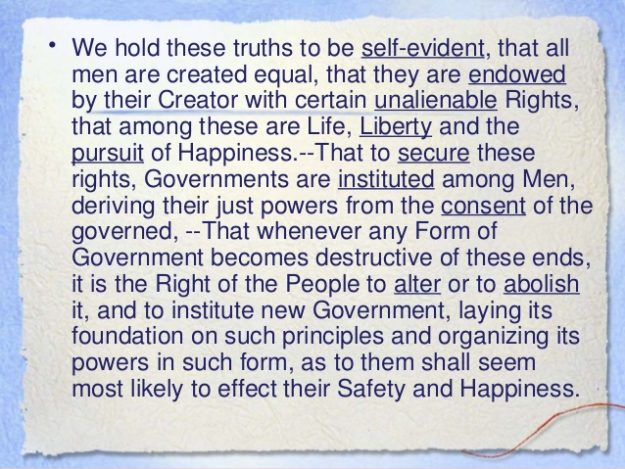 In such cases the last resort is for the people to enact the principles of the 2nd amendment. They have that right… in fact it is a Duty.
To take up arms against the Usurpers.
Ultimately Tyranny can only prevail when the people slumber or have been rendered helpless by Arms control.
It will be interesting to see what happens as until all Legal avenues have been exhausted the Republicans have remained calm, yet now that it looks like they have been betrayed by the Supreme Court… what will the do?
The Supreme court probably has done ‘a Chamberlain’… thinking ‘Peace in our time’ is better than defending the constitution and having a civil war… possibly an end of the Union… and yet It is doubtful they have avoided this.
Some fights cannot be avoided… only delayed… and usually that delay works to strengthen the Evil powers, and weaken the Good… Like the postponement of abolition of Slavery for the sake of the Union simply delayed the war and made it more bloody… So too By allowing Biden and Harris to assume power and ‘act as if they are the legitimate government… and allowing them take command of the Military, and giving them opportunity to pass anti-second amendment legislations… all this serves the power of Evil.
I believe we are witnessing the foundation of the Global Kingdom of the Antichrist.
Evil prevails when good men do nothing… and that is what is happening with respect to the Supreme Court.
There is only a few legal avenues left. Sidney Powell’s court case will be the final hope.
Yet if it pleases God to allow the Prince of Darkness to begin his final infernal plot… even her noble efforts will not prevail against the corruption, and we all better share the Gospel with our friends and loved ones because the Rapture is at hand… the door of Grace is about to close for all those who reject Christ… Strong delusions are afoot so that the wicked might all be deceived and take the Mark of the Beast. 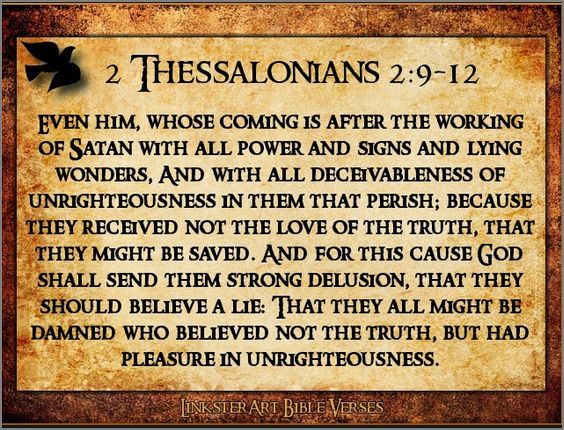 The corruption of Humanity will be complete.

This time will at first appear (3.5 years) the dawn of a golden age as the Antichrist will appear to be a ‘Christ like’ Savoir riding ‘a white horse’… yet he is Satan’s King.
Then Chaos shall descend upon the Earth for 3.5 years and Death, plagues, and destruction shall swallow up Humanity… and the Angel thrusts in his sickle….
When God decides the e3nd of the age of Grace has arrived, these things cannot be prevented.
The Great Lie will prevail… and that is precisely what I am seeing happening right now.
This is a signal for Christians to stop storing up things for the future but instead busy themselves with the gospel that the final remnants of those who are to be saved hear and receive the gospel… for our time is coming to a close.
The faith of many will fail them. Though they will still be saved… ‘the salt of the Earth’ will have lost it’s saltiness’ and the Rot will quickly spread… a spirit of blasphemy and contempt for the Bible will spread like a disease… times will not be easy for the Christians…. until the Day of Redemption… the Rapture.
Tim Wikiriwhi.
Christian Libertarian. 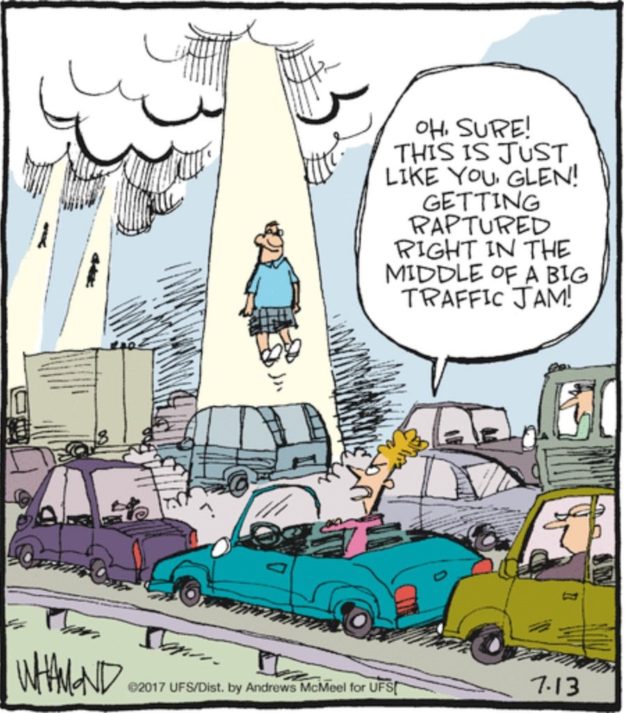 Rev 14
14 And I looked, and, lo, a Lamb stood on the mount Sion, and with him an hundred forty and four thousand, having his Father’s name written in their foreheads.
2 And I heard a voice from heaven, as the voice of many waters, and as the voice of a great thunder: and I heard the voice of harpers harping with their harps:
3 And they sung as it were a new song before the throne, and before the four beasts, and the elders: and no man could learn that song but the hundred and forty and four thousand, which were redeemed from the earth.
4 These are they which were not defiled with women; for they are virgins. These are they which follow the Lamb whithersoever he goeth. These were redeemed from among men, being the firstfruits unto God and to the Lamb.
5 And in their mouth was found no guile: for they are without fault before the throne of God.
6 And I saw another angel fly in the midst of heaven, having the everlasting gospel to preach unto them that dwell on the earth, and to every nation, and kindred, and tongue, and people,
7 Saying with a loud voice, Fear God, and give glory to him; for the hour of his judgment is come: and worship him that made heaven, and earth, and the sea, and the fountains of waters.
8 And there followed another angel, saying, Babylon is fallen, is fallen, that great city, because she made all nations drink of the wine of the wrath of her fornication.
9 And the third angel followed them, saying with a loud voice, If any man worship the beast and his image, and receive his mark in his forehead, or in his hand,
10 The same shall drink of the wine of the wrath of God, which is poured out without mixture into the cup of his indignation; and he shall be tormented with fire and brimstone in the presence of the holy angels, and in the presence of the Lamb:
11 And the smoke of their torment ascendeth up for ever and ever: and they have no rest day nor night, who worship the beast and his image, and whosoever receiveth the mark of his name.
12 Here is the patience of the saints: here are they that keep the commandments of God, and the faith of Jesus.
13 And I heard a voice from heaven saying unto me, Write, Blessed are the dead which die in the Lord from henceforth: Yea, saith the Spirit, that they may rest from their labours; and their works do follow them.
14 And I looked, and behold a white cloud, and upon the cloud one sat like unto the Son of man, having on his head a golden crown, and in his hand a sharp sickle.
15 And another angel came out of the temple, crying with a loud voice to him that sat on the cloud, Thrust in thy sickle, and reap: for the time is come for thee to reap; for the harvest of the earth is ripe.
16 And he that sat on the cloud thrust in his sickle on the earth; and the earth was reaped.
17 And another angel came out of the temple which is in heaven, he also having a sharp sickle.
18 And another angel came out from the altar, which had power over fire; and cried with a loud cry to him that had the sharp sickle, saying, Thrust in thy sharp sickle, and gather the clusters of the vine of the earth; for her grapes are fully ripe.
19 And the angel thrust in his sickle into the earth, and gathered the vine of the earth, and cast it into the great winepress of the wrath of God.
20 And the winepress was trodden without the city, and blood came out of the winepress, even unto the horse bridles, by the space of a thousand and six hundred furlongs.

18 thoughts on “The Truth is in Retreat. The Global Kingdom of the Antichrist is at hand . Is The Age of Grace coming to a close?”