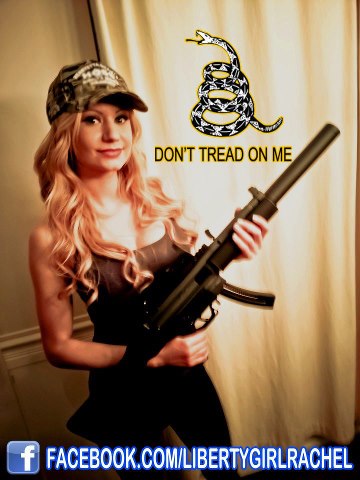 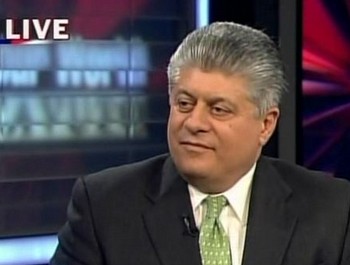 Judge Napolitano: The Right to shoot Tyrants, not Deer.
The right of the people to keep and bear arms is an extension of the natural right to self-defense and a hallmark of personal sovereignty. It is specifically insulated from governmental interference by the Constitution and has historically been the linchpin of resistance to tyranny. Yet the progressives in both political parties stand ready to use the coercive power of the government to interfere with the exercise of that right by law-abiding persons because of the gross abuse of that right by some crazies in our midst.

When Thomas Jefferson wrote in the Declaration of Independence that we are endowed by our Creator with certain unalienable rights, he was marrying the nation at its birth to the ancient principles of the natural law that have animated the Judeo-Christian tradition in the West. Those principles have operated as a brake on all governments that recognize them by enunciating the concept of natural rights.

As we have been created in the image and likeness of God the Father, we are perfectly free just as He is. Thus, the natural law teaches that our freedoms are pre-political and come from our humanity and not from the government. As our humanity is ultimately divine in origin, the government, even by majority vote, cannot morally take natural rights away from us. A natural right is an area of individual human behavior — like thought, speech, worship, travel, self-defense, privacy, ownership and use of property, consensual personal intimacy — immune from government interference and for the exercise of which we don’t need the government’s permission.

The essence of humanity is freedom. Government — whether voted in peacefully or thrust upon us by force — is essentially the negation of freedom. Throughout the history of the world, people have achieved freedom when those in power have begrudgingly given it up. From the assassination of Julius Caesar to King John’s forced signing of the Magna Carta, from the English Civil War to the triumph of the allies at the end of World War II, from the fall of communism to the Arab Spring, governments have permitted so-called nobles and everyday folk to exercise more personal freedom as a result of their demands for it and their fighting for it. This constitutes power permitting liberty.

The American experience was the opposite. Here, each human being is sovereign, as the colonists were after the Revolution. Here, the delegation to the government of some sovereignty — the personal dominion over self — by each American permitted the government to have limited power in order to safeguard the liberties we retained. Stated differently, Americans gave up some limited personal freedom to the new government so it could have the authority and resources to protect the freedoms we retained. Individuals are sovereign in America, not the government. This constitutes liberty permitting power.

To assure that no government would infringe the natural rights of anyone here, the Founders incorporated Jefferson’s thesis underlying the Declaration into the Constitution and, with respect to self-defense, into the Second Amendment. As recently as two years ago, the Supreme Court recognized this when it held that the right to keep and bear arms in one’s home is a pre-political individual right that only sovereign Americans can surrender and that the government cannot take from us, absent our individual waiver.

There have been practical historical reasons for the near universal historical acceptance of the individual possession of this right. The dictators and monsters of the 20th century — from Stalin to Hitler, from Castro to Pol Pot, from Mao to Assad — have disarmed their people. Only because some of those people resisted the disarming were all eventually enabled to fight the dictators for freedom. Sometimes they lost. Sometimes they won.

The principal reason the colonists won the American Revolution is that they possessed weapons equivalent in power and precision to those of the British government. If the colonists had been limited to crossbows that they had registered with the king’s government in London, while the British troops used gunpowder when they fought us here, George Washington and Thomas Jefferson would have been captured and hanged.

We also defeated the king’s soldiers because they didn’t know who among us was armed, because there was no requirement of a permission slip from the government in order to exercise the right to self-defense. (Imagine the howls of protest if permission were required as a precondition to exercising the freedom of speech.) Today, the limitations on the power and precision of the guns we can lawfully own not only violate our natural right to self-defense and our personal sovereignties, they assure that a tyrant can more easily disarm and overcome us.

Did you empower the government to impair the freedom of us all because of the mania and terror of a few?

Andrew P. Napolitano, a former judge of the Superior Court of New Jersey, is the senior judicial analyst at Fox News Channel. He is author of “It Is Dangerous to Be Right When the Government Is Wrong: The Case for Personal Freedom” (Thomas Nelson, 2011).

4 thoughts on “Time to Choose…. Storm Clouds Gathering. God given Rights vs Tyranny”