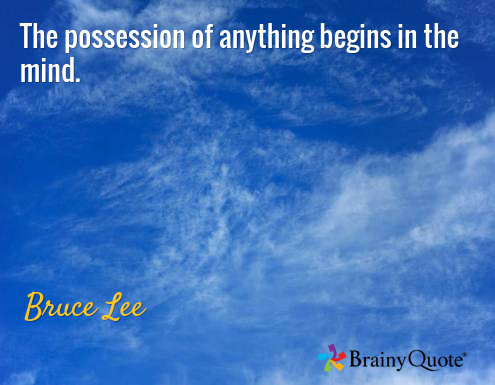  No, Richard, your speculation is not a legitimate scientific theory, it is infantile hocus pocus, which is all I’ve come to expect of you.

Infantile hocus pocus because demons do not exist, neither do gods, fairies, Santa’s-little-helpers or harpies. You’ve never seen one, heard one, touched one, smelled one nor tasted one, neither can you provide an iota of rationale that there exists such a spirit in the universe.

Two of the largest stakeholder groups in the treatment of mental illness are psychiatrists and psychologists. Psychiatrists are doctors with medical degrees who specialise in treating mental illness as opposed to physical illness. (Please excuse the dichotomy.) They get to prescribe powerful psychotropic drugs. Whereas, psychologists are trained in psychology. They know all about human behaviour, both adaptive and maladaptive. But they don’t get to prescribe, so they’ll give you psychotherapy instead of pills.

Let’s take a look at how these two groups characterise one mental illness in particular, viz., addiction.

The American Psychiatric Association is psychiatry’s largest professional body. It publishes the psychiatrist’s bible, the Diagnostic and Statistical Manual of Mental Disorders. The latest edition, the DSM-5, has a section given over to addictions and related disorders. Medscape’s Guide to DSM-5 says

Psychology Today is a magazine published every two months in the United States. Its intent is to make psychology literature more accessible to the general public. It’s a reputable publication. Wikipedia notes

Owned and managed by the American Psychological Association from 1983 to 1987, the publication is currently endorsed by the National Board for Certified Counselors

Here‘s what Psychology Today has to say about addiction.

most addictive behavior is not related to either physical tolerance or exposure to cues. People compulsively use drugs, gamble, or shop nearly always in reaction to being emotionally stressed, whether or not they have a physical addiction. Since these psychologically based addictions are not based on drug or brain effects, they can account for why people frequently switch addictive actions from one drug to a completely different kind of drug, or even to a non-drug behavior. The focus of the addiction isn’t what matters; it’s the need to take action under certain kinds of stress. Treating this kind of addiction requires an understanding of how it works psychologically.

So do I have a mental disorder, several specific mental disorders, or no mental disorder at all? Health professionals can’t agree. There is no consensus. This ain’t climate science! But suppose I’m an addict. I’ll be going back to see the psychologist to help me get my life back on track, not the psychiatrist. (Although she could prescribe me some powerful psychotropic drugs … hmmm.)

Check your premises, as the devil woman said. Here are two of my background assumptions. (If you don’t like the first one, you can dispense with it later.)

Materialism about the mind. That’s my first background assumption. More specifically, I assume that the human mind is no more and no less than a suite of software running on wetware known colloquially as “brains”. We’re made out of meat. Considered by some to be an axiom of the modern naturalist worldview. Not too controversial. Unless you’re a dualist.

Self-ownership. Self-ownership of body and mind. That’s my second background assumption. Considered by many to be a libertarian axiom. Not too shabby. Not too controversial.

But ownership is right of possession. Possession?

The long answer isn’t much longer. Not right now. The demonic possession theory of mental illness is something I’m still working on. But here are some brief thoughts. Self-deception will occur in response to psychological trauma. We dull the pain. We suppress memories. We partition our own minds. Simple cognitive dissonance will cause us to wall off uncomfortable thought processes, and confirmation bias and other cognitive biases cement the bricks. Humans are adept at self-deception. We like to hide from the truth. We lie to ourselves and we believe our own bullshit. And we hide from the fact that we believe our own bullshit. Out of sight, out of mind. But there’s only so much of us that can be hidden away before a dangerous threshold is reached and the occult cognition reaches a critical mass, the reviled software modules start talking to each other and take on life as autonomous inner demons.

Our inner demons are spirits in prisons of our own making. Behind the prison walls they are perpetually face to face with all the horrors that we desperately do not want to see and can no longer see due to our own dread and duplicity. No wonder they seem tormented! Because they are. I surmise that in some cases our inner demons will even spawn their own inner demons, to hide from themselves as we hide from them. But here’s an interesting thing. Some demons, face to face with the truth from which we hide, will try to get the word out. To do that, they have to take control of speech, but you don’t want to hear the unadorned brutal truth about yourself, do you? But you won’t mind hearing it at all if your inner demon persuades you that what you’re about to hear isn’t an entirely accurate but altogether unflattering description of yourself but a damning indictment of someone else instead, will you? Welcome to Capill syndrome, aka projection, a sure diagnostic criterion of demonic possession.

In the story of the Gadarene Swine, when Jesus ordered the demons out of the demon-possessed man, they relocated to a nearby herd of pigs. Then promptly self-destructed. Fast forward two millennia, and instead of suicidal swine we have supermarket trolleys with minds of their own.

2 thoughts on “A robust demonology”