Update: Shout out to ‘The BFD‘ for reposting this on their website. here

Last night I attended Act Party Leader David Seymour’s Hamilton free speech meeting.
This was part of his nationwide ‘Free Speech Tour’.
7-5-21.
It was held in the Wintec Bill Gallagher Center downtown Hamilton.
It was a full house, approximately 200 Hamiltonians came along to hear David speak.

David had already visited 12 other towns with similarly good attendance, which he said was a testimony to both New Zealanders strong democratic spirit, and also their concern about the current government’s drive to muzzle free speech.
In my opinion, this turnout is also a response to how David Seymour has been distinguishing himself and the Act party as ‘the freedom party’.
Up until the last election David Seymour was a lone voice in parliament speaking out against proposed hate speech legislation and other Socialist interventions rushed through into law ‘under urgency’ bypassing safeguards and due process.
It was David Seymour’s decision to take a stand on such issues, including standing against Ardern’s gun confiscations that was behind Acts success at the last election.
Many New Zealanders are far from impressed with Ardern’s quickstep march towards a Socialist Police State which is sharply at variance with the Kiwi spirit of freedom and self reliance.
In past decades New Zealand has suffered a decline in independence, and yet the pace with which Radical leftist ideology is being imposed under Ardern, has caused alarm even among many conservative thinkers and this was reflected in the audience.
Today David Seymour rightfully enjoys the position in the public eye of most outspoken member of parliament for free speech, and now has 9 other Act Party MP by his side.
It is a position he has earned, and should his team continue on this righteous trajectory I forsooth Act’s star will remain in ascension, and they will increase their presence in Parliament. 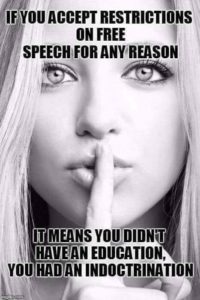 By design David told the audience that he wanted to keep the meeting to an hour in length including Q+A, which many people will have been happy with… not me!
I believe the importance of the topic easily justified double that!
There are many troubling aspects of what is going on that were not aired, yet I guess the difference between a public meeting, and a ‘Convention’ is that meetings generally are shorter.
This being so David’s speech was no lecture, but simple and brief.

He spoke about free speech as being an essential component of what it means to be a human individual, and that it’s suppression is an attack upon human dignity.
He spoke about free speech as being absolutely essential for a healthy democracy because free speech cannot stand where there is tyranny, and tyranny cannot stand where there is free speech.
He spoke about free speech as the enlightened means by which civil society openly discusses and solves it’s problems.
He spoke about how proposed hate speech laws threaten to suppress open discourse about politically charged subjects from fear of being visited by the thought Police, and getting flagged as being a person who has expressed ‘hateful opinions’… which could impact upon such things as job applications.
He committed the Act party to working to prevent any hate speech legislation becoming law, yet admitted that because the Ardern government enjoys a 65% majority in parliament there is probably little Act can do to prevent such legislation becoming Law should it be pushed through this term. In that case he committed Act to repealing any such laws that might shortly come into force, including the wordy ‘Films, Videos, and Publications Classification (Urgent Interim Classification Of Publications And Prevention of Online Harm) Amendment Bill’ which he described as Government ‘filters of online content’… and dangerous.
He said one means by which the repeal of any new restriction of free speech could be undertaken was via public referenda, yet to make that a reality would take a petition of parliament with 300 000 signatures. Not a small task… but do-able if those people who care about this issue… such as those who attended the Act tour meetings throughout the country, committed themselves to help them achieve these goals.
Thus David finished the formal part of the meeting with an appeal for active support for Act and their free speech initiatives, and also for financial donations.
Act party membership costs only $20 for 3 years… “A Bargain!” said Seymour… alluring to Act’s ‘market philosophies’ as the solution to so many social issues. 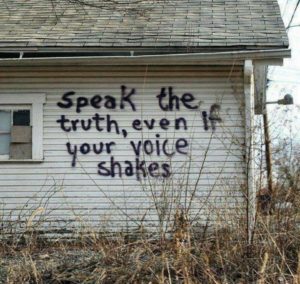 David Seymour has an engaging speaking manor, skillfully throwing in a joke and a laugh here and there.
When asked ‘why is there a distinguishable pattern and common theme between what is happening here in NZ and what is going on all across Western nations… does he believe a grand scheme was at work?’
He responded by pointing to the general dearth of intelligence within parliament, making it in his estimation highly unlikely they are mentally competent to participate in a grand evil conspiracy… rather their evil policies can simply be understood from their overt stupidity!
He does not appear to grasp that far be it their stupidity renders their adherence to a grand scheme unlikely… but more gullibly so!
They are following a well articulated socialist global agenda.
David said many top NZ bureaucrats and politicians are friends, and that no doubt they talk among themselves about what they hope to achieve… in their minds things they believe will make New Zealand a better place.
(My thoughts: They dream of imposing a Leftist totalitarian police state!)

One lady in the audience was a migrant from Great Britain and ex high court lawyer who spoke about how hate speech laws were wreaking havoc there. Seymour agreed and pointed out how far they had slidden remarking also how Britain had up until recently Laws prohibiting the intentional causing of offence, yet these were overturned by the public backlash, including outspoken activism by comic Rowan Atkinson. Seymour joked about how frightening it would be to be confronted by redoubtable Mr Bean!
I chuckled, because I think David Seymour himself bears amusing resemblance to Mr Bean!
Jokes aside, David Seymour and Act are to be highly commended for doing this tour and for making free speech one of their primary concerns this election cycle. 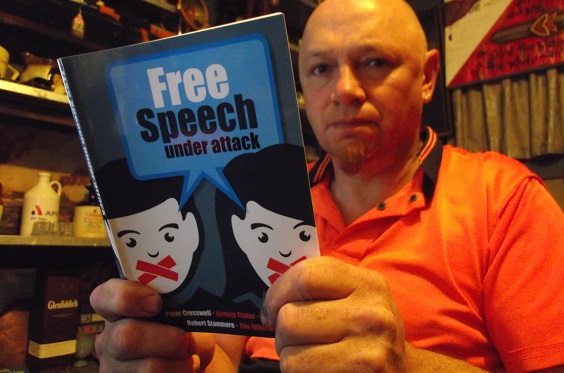 In the past David Seymour has taken many positions with which I strongly disagree, however as things stand there are no political parties that come close to Acts resolve to defend such a fundamental principle of liberty as freedom of speech.
It is under Jacinda Arderns power mad gaze, and she is hell bent on silencing all dissent .
Her ambitions are nothing short of overthrowing New Zealand’s traditions, values, ideals, and even our national autonomy is in danger as she imposes the dictates of the UN, for example the UN Global Compact for Migration which itself proscribes heavy censorship and prosecutions for anyone who complains about it.
We also know with certainty that Arden regime seeks to use the education system to indoctrinate future generations in such Radical leftist doctrines as ‘Critical Race Theory’ and ‘Transgender ideology’.
Both are an attack on the Christian foundations of Western civilisation.
These radical socialists in power first need to grant themselves the legal authority to suppress public opposition before they ramp up their globalist woke scheme… which is why hate speech, and ‘online harm’ legislation is such a dangerous Machiavellian precursor.
They want to make it illegal for parents to complain about the radical political indoctrination of their children!
These things being so Freedom loving New Zealander need to think hard about who they are going to vote for next election, and whether or not they will help David Seymour and Act succeed in their ambitions to ensure future generations of Kiwi will have the right to speak their minds in public.

The New Zealand Government is in the process of *Criminalising Speech*… making speech punishible under the Crimes Act.

P.S A new Free Speech Union has started up. I certainly will be investigating this further with a view of support. 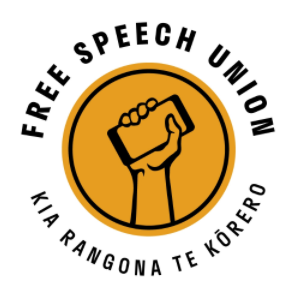 The Free Speech Coalition is relaunching as a trade union under the name “Free Speech Union” and has successfully registered under the Employment Relations Act.

“That name is not ironic”, says Dr David Cumin, a founding member of the Union’s Council. “We think it says crisply just what is now needed to defend freedom of speech. We need to stand with people being intimidated, cancelled, de-platformed, piled on by social media, doxxed and threatened with bankruptcy if they seek legal protection.”

“Becoming a bona fide union is important because defending freedom of speech has come to need the collective solidarity, the mutual support, the kind of activism that made labour unions so important over 100 years ago.”

“For the last two years, the Free Speech Coalition has been campaigning to prevent the growth of anti-free speech case law and legislation. The Coalition was founded in response to the statements by the Auckland Mayor and actions of his Council in banning two controversial speakers from hosting a talk at a publicly owned venue. The founding members of the Coalition saw the greatest threat to New Zealand’s tolerant and diverse culture of free public discourse as coming directly from the power of the state.”

‘FREE SPEECH AND THE FATE OF SOCRATES’, BY TIM WIKIRIWHI. FROM ‘FREE SPEECH UNDER ATTACK’. TROSS PUBLISHING 2019.