Are you Lost in Scientism?
Lies destroy our grip on reality. 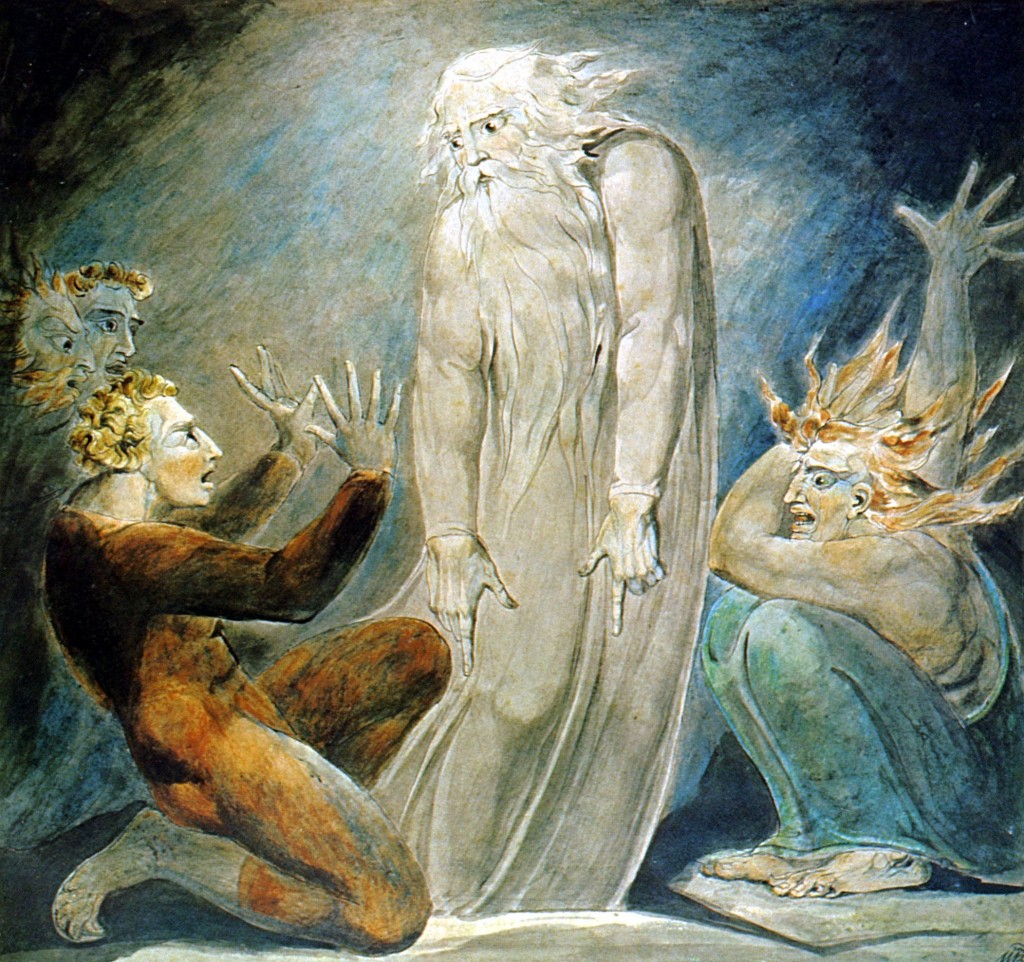 If you have been conditioned to believe Reality is strictly limited to only what Empirical Science can substantiate, then you are trapped in the Straight jacket of Scientism.
If you Believe absolutely in Naturalism, No God, no Ghosts, No miracles… You are a prisoner of Scientism.
If you Believe that Material reality is the only reality… You have been Smoked by Atheist Scientism.
Scientism is form of intellectual Coffin Torture!… a closeted mentality… a short sighted blindness… a vanity.
Scientism is a Religion…and not a very intelligent one at that!
Scientism is Irrational. 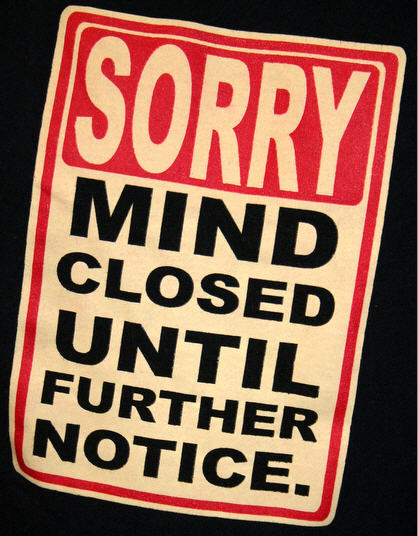 The day anyone realizes the trap that is Materialist Naturalist Scientism, and boldly embraces the possibility of Super-naturalism…is a day of personal Liberation!
It is an awakening…to a greater reality… Greater possiblities… more plausible probabilities!
It is mind expanding… Freewill is not an Illusion!
It puts Emperical Science (and our sences) into their proper context.
It apprehends their limitations.
It allows the enlightened person to shrug off the absurdities, the Gross implausibility, the wild superstition, The Deadness, The Amorality, The Meaningless, The Purposeless, The enslavement and surrender to Determinism…that Materialist Naturalism demands of it’s devotees. 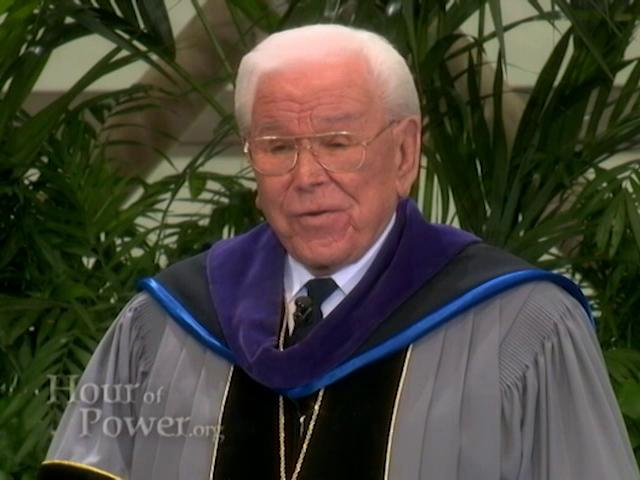 Then One can look back at the past 500 years and appreciate the how the Ideologies of Materialism, Naturalism, and Scientism came about, and why they have successfully blinded the minds of millions of Men whom vainly consider themselves ‘Superior’… ‘Modern’… ‘Men of Reason’…. ‘Liberated from ‘Faith’ and Superstitious Error’, Etc yet ultimately have proven to be Blind, leaders of the Blind.

Thus saith THE LORD…
There is No conflict between True Religion/ The Bible, and True Science!
The Bible gives us access to a reality which is otherwise beyond our reach.
The Bible is Super Natural…Divine Revelation. 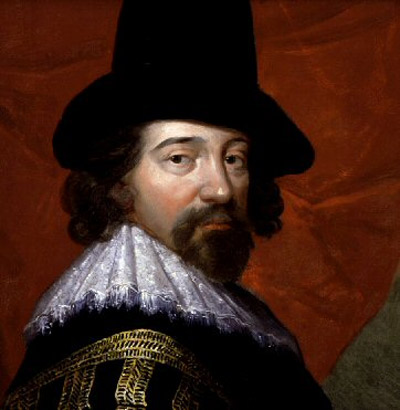 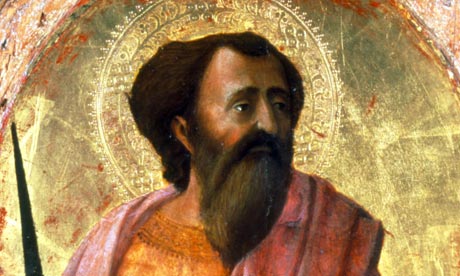 “But the natural man receiveth not the things of the Spirit of God: for they are foolishness unto him: neither can he know them, because they are spiritually discerned.” (1Cor2vs114)
“O Timothy, keep that which is committed to thy trust, avoiding profane and vain babblings, and oppositions of science falsely so called:…” (1Tim6vs20)
St Paul

From Wikipedia, the free encyclopedia…

Scientism is a term used, usually pejoratively, to refer to belief in the universal applicability of the scientific method and approach, and the view that empirical science constitutes the most authoritative worldview or most valuable part of human learning to the exclusion of other viewpoints.
The term frequently implies a critique of the more extreme expressions of logical positivism and has been used by social scientists such as Friedrich Hayek, philosophers of science such as Karl Popper, and philosophers such as Hilary Putnam to describe the dogmatic endorsement of scientific methodology and the reduction of all knowledge to only that which is measurable.

Scientism may refer to science applied “in excess”. The term scientism can apply in either of two equally pejorative senses:

To indicate the improper usage of science or scientific claims.
This usage applies equally in contexts where science might not apply, such as when the topic is perceived to be beyond the scope of scientific inquiry, and in contexts where there is insufficient empirical evidence to justify a scientific conclusion. It includes an excessive deference to claims made by scientists or an uncritical eagerness to accept any result described as scientific. In this case, the term is a counterargument to appeals to scientific authority.
To refer to “the belief that the methods of natural science, or the categories and things recognized in natural science, form the only proper elements in any philosophical or other inquiry,” or that “science, and only science, describes the world as it is in itself, independent of perspective” with a concomitant “elimination of the psychological dimensions of experience.”
The term is also used to highlight the possible dangers of lapses towards excessive reductionism in all fields of human knowledge.

For sociologists in the tradition of Max Weber, such as Jürgen Habermas, the concept of scientism relates significantly to the philosophy of positivism, but also to the cultural rationalization of the modern West.

It is used to criticize a totalizing view of science as if it were capable of describing all reality and knowledge, or as if it were the only true way to acquire knowledge about reality and the nature of things;
It is used to denote a border-crossing violation in which the theories and methods of one (scientific) discipline are inappropriately applied to another (scientific or non-scientific) discipline and its domain. An example of this second usage is to label as scientism any attempt to claim science as the only or primary source of human values (a traditional domain of ethics) or as the source of meaning and purpose (a traditional domain of religion and related worldviews).
Mikael Stenmark proposes the expression scientific expansionism as a synonym of scientism.In the Encyclopedia of science and religion, he writes that, while the doctrines that are described as scientism have many possible forms and varying degrees of ambition, they share the idea that the boundaries of science (that is, typically the natural sciences) could and should be expanded so that something that has not been previously considered as a subject pertinent to science can now be understood as part of science (usually with science becoming the sole or the main arbiter regarding this area or dimension).

According to Stenmark, the strongest form of scientism states that science has no boundaries and that all human problems and all aspects of human endeavor, with due time, will be dealt with and solved by science alone. This idea has also been called the Myth of Progress.

E. F. Schumacher in his A Guide for the Perplexed criticized scientism as an impoverished world view confined solely to what can be counted, measured and weighed. “The architects of the modern worldview, notably Galileo and Descartes, assumed that those things that could be weighed, measured, and counted were more true than those that could not be quantified. If it couldn’t be counted, in other words, it didn’t count.”

Relevance to science/religion debatesThe term is often used by speakers such as John Haught against vocal critics of religion-as-such.[25] Philosopher Daniel Dennett responded to criticism of his book Breaking the Spell: Religion as a Natural Phenomenon by saying that “when someone puts forward a scientific theory that [religious critics] really don’t like, they just try to discredit it as ‘scientism'”.

Michael Shermer, founder of The Skeptics Society, draws a parallel between scientism and traditional religious movements, pointing to the cult of personality that develops around some scientists in the public eye. He defines scientism as a worldview that encompasses natural explanations, eschews supernatural and paranormal speculations, and embraces empiricism and reason.

The Iranian scholar Seyyed Hossein Nasr has stated that in the West, many will accept the ideology of modern science, not as “simple ordinary science”, but as a replacement for religion.

Gregory R. Peterson writes that “for many theologians and philosophers, scientism is among the greatest of intellectual sins”.

Susan Haack argues that the charge of “scientism” caricatures actual scientific endeavor. No single form of inference or procedure of inquiry used by scientists explains the success of science. Instead we find:

the inferences and procedures used by all serious empirical inquirers
a vast array of tools of inquiry, from observational instruments to mathematical techniques, as well as social mechanisms that encourage honesty. These tools are diverse and evolving, and many are domain-specific.

Philosophy of science
In his essay, Against Method, Paul Feyerabend characterizes science as “an essentially anarchic enterprise” and argues emphatically that science merits no exclusive monopoly over “dealing in knowledge” and that scientists have never operated within a distinct and narrowly self-defined tradition. He depicts the process of contemporary scientific education as a mild form of indoctrination, aimed at “making the history of science duller, simpler, more uniform, more ‘objective’ and more easily accessible to treatment by strict and unchanging rules.”

[S]cience can stand on its own feet and does not need any help from rationalists, secular humanists, Marxists and similar religious movements; and … non-scientific cultures, procedures and assumptions can also stand on their own feet and should be allowed to do so … Science must be protected from ideologies; and societies, especially democratic societies, must be protected from science… In a democracy scientific institutions, research programmes, and suggestions must therefore be subjected to public control, there must be a separation of state and science just as there is a separation between state and religious institutions, and science should be taught as one view among many and not as the one and only road to truth and reality.

Rationalization and modernity: Rationalization (sociology)
In the introduction to his collected oeuvre on the sociology of religion, Max Weber asks why “the scientific, the artistic, the political, or the economic development [elsewhere]… did not enter upon that path of rationalization which is peculiar to the Occident?” According to the distinguished German social theorist, Jürgen Habermas, “For Weber, the intrinsic (that is, not merely contingent) relationship between modernity and what he called ‘Occidental rationalism’ was still self-evident.” Weber described a process of rationalisation, disenchantment and the “disintegration of religious world views” that resulted in modern secular societies and capitalism.[33]

“Modernization” was introduced as a technical term only in the 1950s. It is the mark of a theoretical approach that takes up Weber’s problem but elaborates it with the tools of social-scientific functionalism… The theory of modernization performs two abstractions on Weber’s concept of “modernity”. It dissociates “modernity” from its modern European origins and stylizes it into a spatio-temporally neutral model for processes of social development in general. Furthermore, it breaks the internal connections between modernity and the historical context of Western rationalism, so that processes of modernization… [are] no longer burdened with the idea of a completion of modernity, that is to say, of a goal state after which “postmodern” developments would have to set in… Indeed it is precisely modernization research that has contributed to the currency of the expression “postmodern” even among social scientists.

Habermas is critical of pure instrumental rationality, arguing that the “Social Life–World” is better suited to literary expression, the former being “intersubjectively accessible experiences” that can be generalized in a formal language, while the latter “must generate an intersubjectivity of mutual understanding in each concrete case”:[34][35]

Dictionary meanings
Standard dictionary definitions include the following applications of the term “scientism”:

The use of the style, assumptions, techniques, and other attributes typically displayed by scientists.

Methods and attitudes typical of or attributed to the natural scientist.

An exaggerated trust in the efficacy of the methods of natural science applied to all areas of investigation, as in philosophy, the social sciences, and the humanities.

The use of scientific or pseudoscientific language.

The contention that the social sciences, such as economics and sociology, are only properly sciences when they abide by the somewhat stricter interpretation of scientific method used by the natural sciences, and that otherwise they are not truly sciences.

“A term applied (freq. in a derogatory manner) to a belief in the omnipotence of scientific knowledge and techniques; also to the view that the methods of study appropriate to physical science can replace those used in other fields such as philosophy and, esp., human behaviour and the social sciences.”

“1. The collection of attitudes and practices considered typical of scientists. 2. The belief that the investigative methods of the physical sciences are applicable or justifiable in all fields of inquiry.”

6 thoughts on “The Rusty Cage: Scientism.”