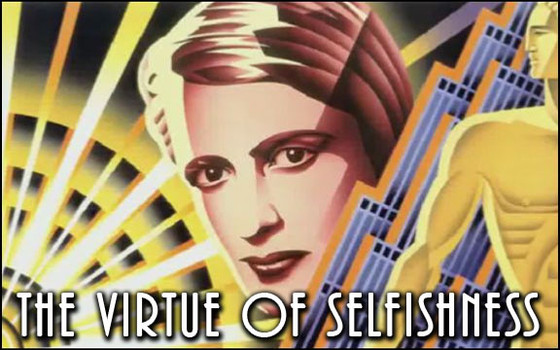 There once was a time when I was enamored by the philosophy of Ayn Rand. An émigré from the Soviet Union, the influential novelist and founder of Objectivism had an enthusiasm for market capitalism and a hatred of communism that I found entrancing. I discovered her two major philosophical novels, The Fountainhead and Atlas Shrugged, in my early years in college as I was beginning to wake from my enchantment with liberalism. I was instantly hooked.

Rand’s ideas were intriguing, yet she harbored sentiments that made it difficult for a young Christian to accept. She was an atheist who despised altruism and preached the “virtue of selfishness.” She believed that rational self-interest was the greatest good and sang the praises of egoism.

In retrospect, it appears obvious that any attempt to reconcile these ideas with my orthodox evangelicalism was destined to fail. Still, I thought there might be something to the philosophy and was particularly intrigued by her defense of capitalism. My understanding of our economic system was a rather immature, though, and I failed to recognize that Rand had an almost complete misunderstanding of capitalism. She confused self-interest with selfishness.
Read more >>>Here<<< Read More of my criticisms of Objectivism below... We are not Robots Ayn Rand. We are Moral Agents.

Higher Values than Wealth or Self Interest

Classic Libertarian Idealism Cares (Objectivism is as silly as Socialism)

God is the Font of Morality. Why Objectivists Hate Ron Paul. (updated)