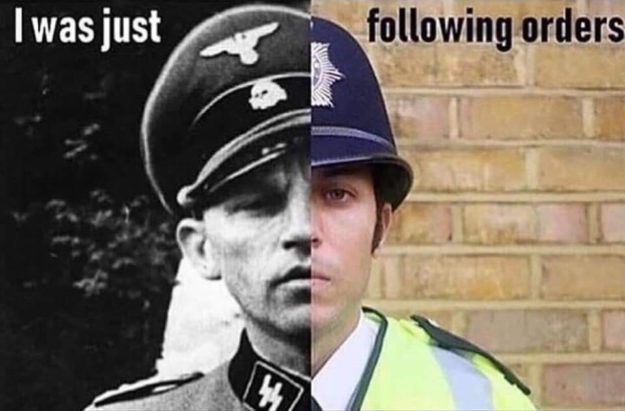 Important note: The person who made the video (below) is Ex Police.
This Man saw from the inside first hand Commanders ordering the lower ranks to do things he knew in his heart were wrong… against the people they were supposed to ‘protecting and serving’.
Slowly he grew the courage to stand up and disobey orders he believed were wrong, and yet so many Cops are blind order followers… either because they are weak and fear of losing their jobs or because they literally don’t give a bean about the public.

The only reason I have used the You tube version above is because I can embed it here on my blog, while I am not able to embed the Bitchute copy.
Yet this video will probably be deleted by You tube so here is the link to the Bitchute version… If You’re A Cop, Listen Up!

Law enforcement is the legalised use of force, so not only can it attract virtuous and brave spirits seeking to make a difference in their communities, unfortunately it also attracts the worst types of personalities… Sadistic Thugs and Bullies who enjoy butalising the public behind the protection and authority of a uniform and badge.

Read LEGALISED FORCE ATTRACTS THUGS AND BULLIES LIKE FLIES TO…

I implore everyone involved in Law and order, and politics to watch this video and contemplate what this man is saying. 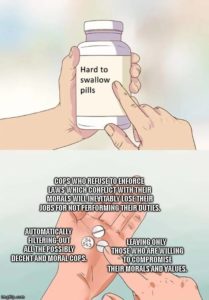 I am not *Anti-Police*.
I am Pro-Justice, Pro-Just Laws, and Pro-enforcement of just laws.
When the Police maintain their code of ethics and hold their duty as first being to *justice* and the people, not to the Political powers… then they are truly heroic and Nobel.
Yet when they loose this essential justification for their existence and begin to impose Political social schemes they cross the line and so easily become the tools of injustice and oppression.

I am promoting a peaceful stand for just Law and virtue, against the abuses of power that seeks to use the Police to impose Political Evils. 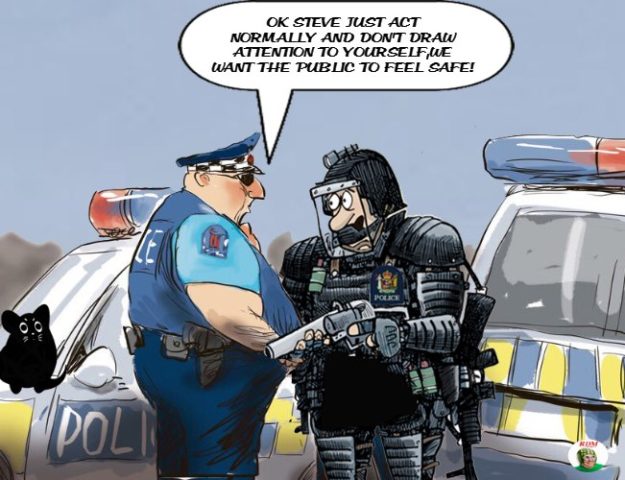 The video (above) is precisely the sort of message that will be flagged for censorship.
Because he is on a target range loading guns it will probably be construed to represent ‘a dangerous radical’ and ‘potential terrorist’, when in truth this good man is saying nothing that is a danger to the people whatsoever!
The Public have been manipulated to thinking of guns as being a threat to their safety rather than an essential tool to defend their lives and rights.

This Man is in fact boldly standing up for the people against the evil powers that seek to use the Police to impose their tyrannical agenda!
This brave man will be seen as ‘A danger’ to the Politicians who are in fact working against their own people.
They are the real danger, yet these politicians and corrupt Officials and Journalists will spin this around and make out that it is people like this guy are why *Guns should be confiscated* and their opinions *Censored and punished* under the pretense that such opinions are ‘harmful to the public good’.

Can you see how the Truth gets turned inside out?

At some point I expect myself to get a knock on my door because I share these sorts of dissident views. 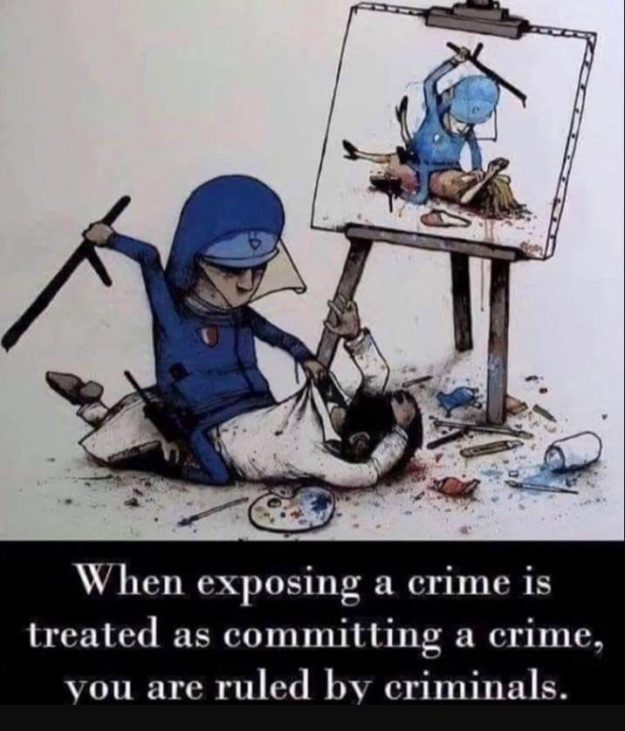 Here is another post I have written on this subject. I have abandoned facebook and so the page it mentions is no longer available, yet the ethics I endorse in this post are still vital for a Civil and Free society. 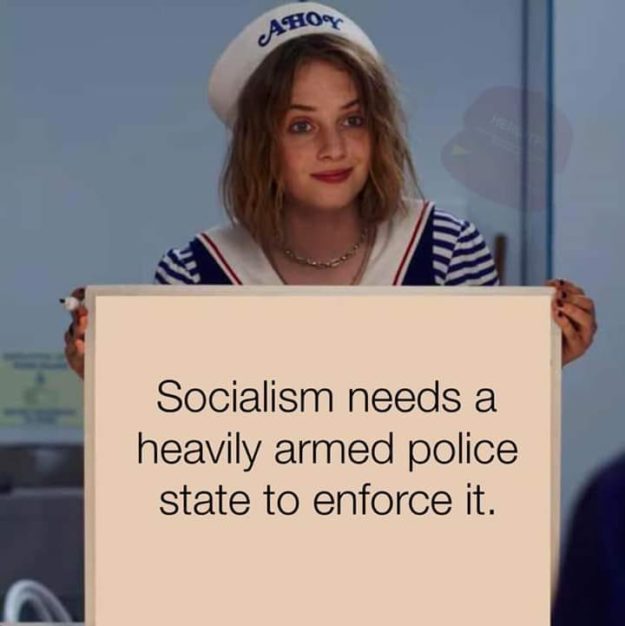 Just as George Orwell predicted that the future will be ‘a jackboot stomping on a human face forever’, politicians like Jacinda Ardern, Andrew Little, Judith Collins, and their counterparts in all other western nations have been using the so-called Covid 19 crisis to ramp up their establishment of Police States exponentially.
Putting our nations in lockstep with the globalist Agenda.
It is a demonstration of what Lenin called ‘Useful Idiots’ that so many Kiwi fools still believe Jacinda Ardern’s regime is all about ‘Hugs’.

To appreciate how evil regimes paint good yet renegade cops who bravely stand up for just Constitutional Law as ‘Terrorists’ we can see what happened/ is happening in Venezuela.

Read: “LIBERTY. ARTICLE 350”…. VENEZUELAN POLICE PILOT SHOWS THE WORLD WHAT A CONSTITUTION IS ALL ABOUT!

Now the situation in Venezuela is extreme comparative to where we are at in Western Nations such as New Zealand, Australia, The US, Britain, Canada.
The Socialist Tyranny is out of the closet in Venezuela and in full swing and so Oscar Perez actions (and grim fate) must be understood in that context.
He stood up to the Socialist tyranny in the name of the Venezuelan Constitution
Though we have not yet reached this extreme we still should be cognizant of the fact that the oppression that is a reality in Venezuela today is very much akin to what Jacinda Ardern intends for us.
Socialist ideology dictating our future governance and crushing of our culture and rights, esp with regards to free speech, and gun rights.
Unless we the people, and Law enforcement personal of high integrity nip their political ambitions in the bud *Now* while it still can be done… it will soon be too late.
At some point Ardern’s Police State will come out in open warfare against us.
Deeming us to be ‘Enemies of the State’.

Lets get busy and ensure this nightmare does not unfold on our watch! 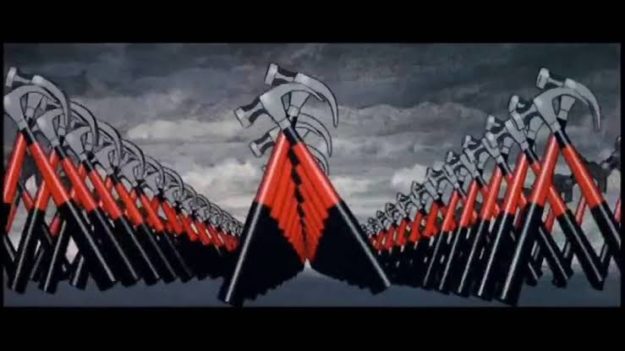 Only Morons fail to grasp that Political Machiavellians like Ardern have coldly calculated the urgent need to suppress free speech and confiscate all Guns so that they can impose their socialist agenda.
They already have these very programs up and running… with incremental legislative steps rolling out in succession.
Idiots believe these prohibitions are awesome… and for the public good.
The terms ‘conspiracy theorist’ and ‘dangerous radical’ have been coined to condition the public into turning against the very people whom are trying to wake them up.
The things I have written in this blog post are not wild hallucinations but *verifiable facts*.
There *IS* a conspiracy afoot by the very political operators I have named… and it’s not even a secret!

The insane thing is that so many people have been duped into thinking the Globalist NWO is all about ‘the salvation of humanity and the planet’ when in truth is is all about absolute power and *the enslavement* of the entire human race.
Talk about believing a false Gospel!
These people seek to eliminate all opposition… all free thinkers… All Christians… etc.
Satan laughing spreads his wings!

Ask yourself… ‘If the Devil really existed, and if humanity truly is a spiritually fallen race of beings… how would all this translate into history, and the real world?’????
It would look a hell of a lot like what is transpiring before our very eyes!

The Bible predicted all this.
It’s explanatory power to accurately describe the human condition and reality grows more convincing by the hour!
I believe it! 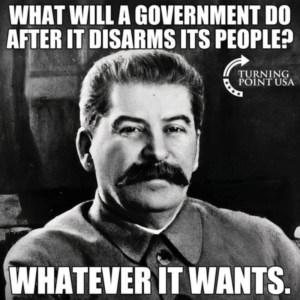 Yet still maybe you remain unconvinced.
Maybe you have misplaced personal ideological loyalties that forbid you from considering to possibility that the Bible might be true.
Yet still you cannot reasonably deny that there is a grand socialist agenda that is systematically establishing an evil global tyranny and that we must rally together and stand against it.
We must re-establish the Enlightenment principles of small government which is the servant of a Free and self-reliant People whose inalienable rights and liberties the government must respect.
We the people ought to possess the means to depose the government when it becomes despotic.

None of this stuff is a political mystery… the Whys, hows, etc of how tyrannies grow has been well understood for centuries!
Go study the American Declaration of Independence, and why the founding fathers enshrined the Second Amendment!

It is only a spoon fed indoctrinated/ lobotomised population that can be so deceived as to allow tyranny to propagate and flourish.
The battlefield truly is *in the minds* of the people.
The War is one by waking up *one soul at a time… with Facts and truth. 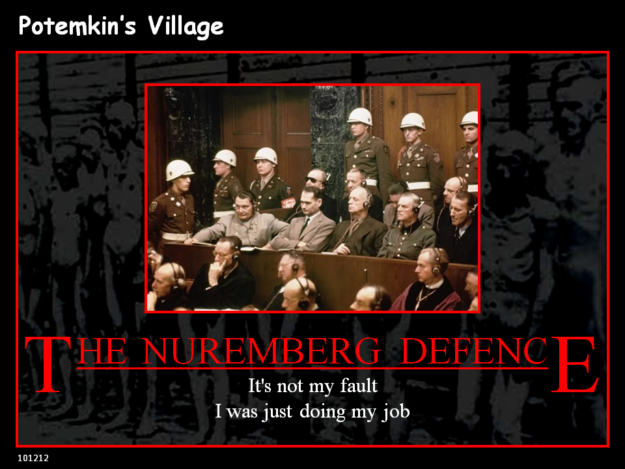 This is a time of crisis which requires people of courage, principle, and virtue… esp those in Law enforcement.
You have a greater moral responsibility than even the ordinary citizen because you will become the means by which tyranny is imposed upon the people, unless you do the right thing and refuse to follow evil orders.
This not only applies to law enforcement to all agents and employees of the State.

Remember the ‘Nuremberg defense’ whereby the Nazis attempted to escape justice and moral culpability for their War crimes and atrocities by claiming ‘they were only following orders’???

It did not save them. That was no excuse.
Nor is there any excuse for moral cowardice by Law enforcement in such times as we are facing now in carrying out orders that violate the rights of citizens.

Will you enforce corrupt anti-free speech laws manufactured by a corrupt parliament and arrest citizen dissidents who are speaking out against government corruption?

This is the sort of moral challenge you will face more and more.
Will you make the excuse that such corrupt laws must be enforced because they were made via a semblance of Due process? 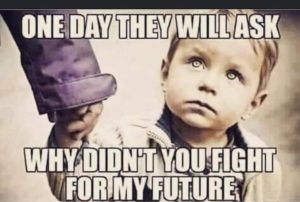 There will be a reckoning!
Either by God Almighty, or by the people.
Another Nuremburg Trial shall take place, either here on Terra firma or in the heavens.
Justice will ultimately be served.

Read THE TRUTH IS IN RETREAT. THE GLOBAL KINGDOM OF THE ANTICHRIST IS AT HAND . IS THE AGE OF GRACE COMING TO A CLOSE?

2 thoughts on “Ex cop appeals to law enforcement personnel to refuse to obey orders you know are evil.”