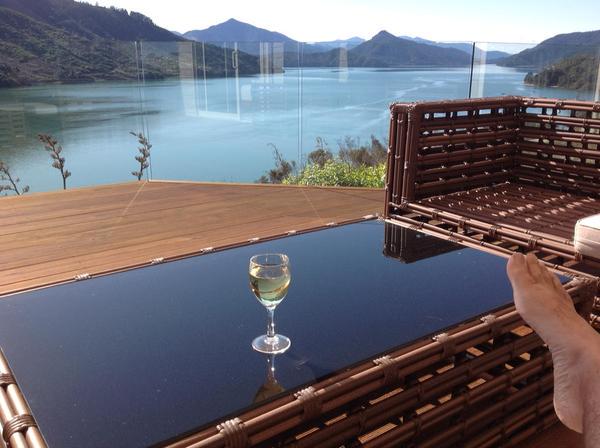 The life of every man is a diary in which he means to write one story, and writes another, and his humblest hour is when he compares the volume as it is with what he vowed to make it.

Now listen, you who say, “Today or tomorrow we will go to this or that city, spend a year there, carry on business and make money.” Why, you do not even know what will happen tomorrow. What is your life? You are a mist that appears for a little while and then vanishes. Instead, you ought to say, “If it is the Lord’s will, we will live and do this or that.” (NIV)

Life is what happens … while you’re busy making other plans.

For which of you, desiring to build a tower, does not first sit down and count the cost, whether he has enough to complete it? Otherwise, when he has laid a foundation and is not able to finish, all who see it begin to mock him, saying, ‘This man began to build and was not able to finish.’ (ESV)

Plans that either come to naught or half a page of scribbled lines?

Commit to the Lord whatever you do, and he will establish your plans. (NIV)

Make a new plan, Stan! … Just get yourself free.

Leave the sorrow and heartache before it takes you away from your mind. When sadness fills your days, it’s time to turn away. And then tomorrow’s dreams become reality.

I got an email from Metiria Turei, co-leader of the Greens.

Education is the best route out of poverty. But hungry kids can’t learn and are left trapped in the poverty cycle. Let’s break that cycle lunchbox by lunchbox. We can feed the country’s hungry kids, if we work together. 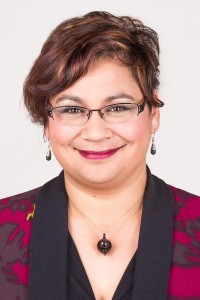 I have taken over the Feed the Kids Bill which Hone Harawira introduced to Parliament. The Bill is at a crucial stage of its progress – part way through its First Reading – and may be voted on as early as next Wednesday 5 November.

The way the numbers stack up in the new Parliament the Bill will be voted down unless we can persuade the National Party to change its position and support it to go to Select Committee.

If the Bill goes to Select Committee, MPs will be able hear from  parents, kids, teachers and others about what they think are the best solutions for feeding hungry kids at school. There are lots of ideas about how school food could be delivered and who should get it. The key thing is to have the public debate about addressing child poverty, and come up with the best solution for helping hungry kids.

Please help this happen, by emailing John Key, asking that National support my Bill at least to Select Committee.

Because of the potentially short timeframe, you’ll need to send your emails as soon as possible and before Monday 3 November at the latest.

I’m probably not going to email John Key but if I did I wouldn’t be urging him not to support the bill. At least, not on its First Reading. If National Party MPs vote for the bill on its First Reading, it can go to the Select Committee stage. I agree with Turei that

The key thing is to have the public debate about addressing child poverty, and come up with the best solution for helping hungry kids.

Won’t somebody else please feed the children? No doubt the best long-term solution for helping hungry kids is not state food. But as quick-fix statist solutions go this one is surely unexceptionable. Paying state(-funded) schools to feed hungry kids is an advance on paying state(-funded) parents to feed them, isn’t it? The Bill targets the funding for school food at Decile 1 and 2 schools, too. The Feed the Kids program could probably be nearly fully funded by concomitant deductions in the benefits or WFF tax breaks of the parents of those children attending the schools in question. Isn’t this an advance for “a hand up, not a handout” safety net state welfare system? Or am I missing some serious unintended consequences?

I went to primary school in the U.K. in the early ’70s. We had school milk at morning break and school dinners at lunchtime. Morning milk was a third pint of silver top, and lunch was typically a dollop of mince meat, a dollop of mashed potatoes and a spoonful of (mushy?) peas. Followed by a serving of stodgy pudding and watery custard. All lovingly served by the matronly school dinner ladies. It all seemed perfectly normal, because it was. (But then came Thatcher the Milk Snatcher …) 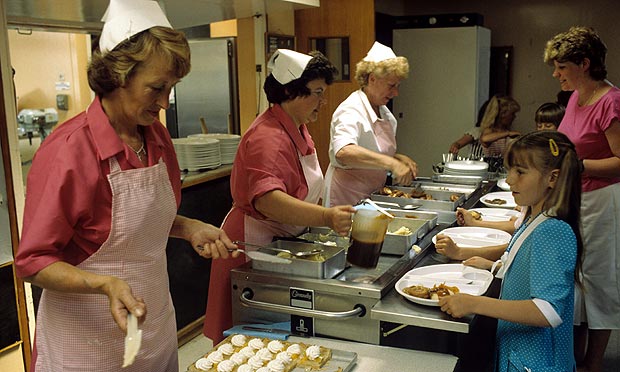 While our MPs debate the merits or otherwise of the bill, and alternative statist approaches such as the existing “income management” regime, my thoughts are with the children who continue to go to school without breakfast or lunch. Children like the early John Banks who grew up in poverty in the 1950s. “Of course, I support sandwiches and food in schools,” says Banks. “I would have loved some sandwiches and some food in schools, but that is not the answer.”

So what is the answer?

According to Banks, the way out of child poverty is children living in homes “with unconditional love, and I never knew anything about that,” and having access to a world-class education. But the state cannot provide unconditional love.

According to the Bible, it comes down to us. James tells us simply

Religion that God our Father accepts as pure and faultless is this: to look after orphans and widows in their distress and to keep oneself from being polluted by the world. (NIV)

Children whose parents send them to school sans breakfast and lunch are, in effect, orphans. Won’t somebody please feed the children? 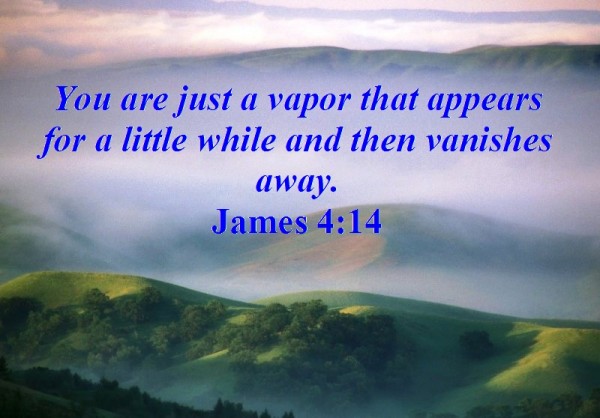 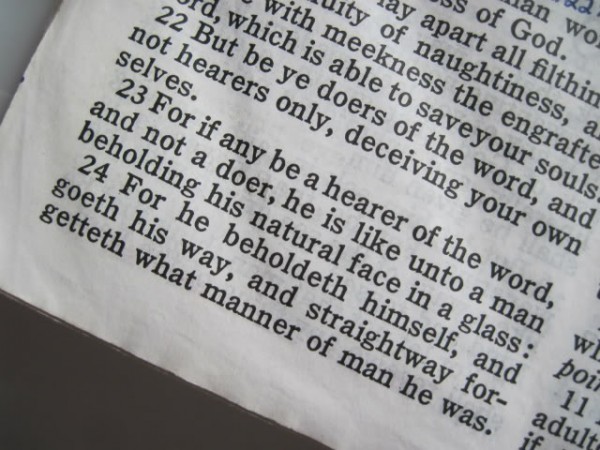 My dear brothers and sisters, take note of this: Everyone should be quick to listen, slow to speak and slow to become angry, because human anger does not produce the righteousness that God desires. Therefore, get rid of all moral filth and the evil that is so prevalent and humbly accept the word planted in you, which can save you.

Do not merely listen to the word, and so deceive yourselves. Do what it says. Anyone who listens to the word but does not do what it says is like someone who looks at his face in a mirror and, after looking at himself, goes away and immediately forgets what he looks like. But whoever looks intently into the perfect law that gives freedom, and continues in it—not forgetting what they have heard, but doing it—they will be blessed in what they do.

Those who consider themselves religious and yet do not keep a tight rein on their tongues deceive themselves, and their religion is worthless. Religion that God our Father accepts as pure and faultless is this: to look after orphans and widows in their distress and to keep oneself from being polluted by the world. (NIV)

Now listen, you who say, “Today or tomorrow we will go to this or that city, spend a year there, carry on business and make money.” Why, you do not even know what will happen tomorrow. What is your life? You are a mist that appears for a little while and then vanishes. Instead, you ought to say, “If it is the Lord’s will, we will live and do this or that.” As it is, you boast in your arrogant schemes. All such boasting is evil. If anyone, then, knows the good they ought to do and doesn’t do it, it is sin for them. (NIV)

Not many of you should become teachers, my fellow believers, because you know that we who teach will be judged more strictly. We all stumble in many ways. Anyone who is never at fault in what they say is perfect, able to keep their whole body in check.

When we put bits into the mouths of horses to make them obey us, we can turn the whole animal. Or take ships as an example. Although they are so large and are driven by strong winds, they are steered by a very small rudder wherever the pilot wants to go. Likewise, the tongue is a small part of the body, but it makes great boasts. Consider what a great forest is set on fire by a small spark. The tongue also is a fire, a world of evil among the parts of the body. It corrupts the whole body, sets the whole course of one’s life on fire, and is itself set on fire by hell.

All kinds of animals, birds, reptiles and sea creatures are being tamed and have been tamed by mankind, but no human being can tame the tongue. It is a restless evil, full of deadly poison.

With the tongue we praise our Lord and Father, and with it we curse human beings, who have been made in God’s likeness. Out of the same mouth come praise and cursing. My brothers and sisters, this should not be. (NIV)