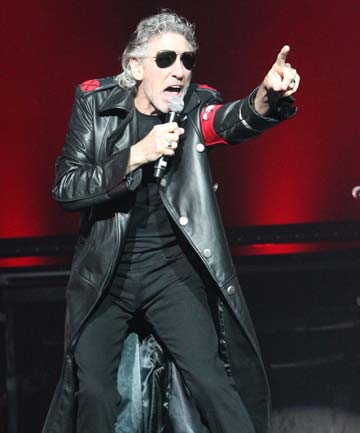 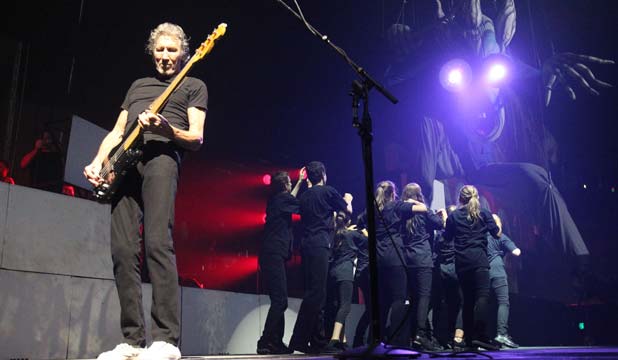 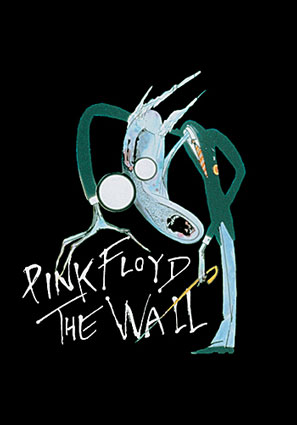 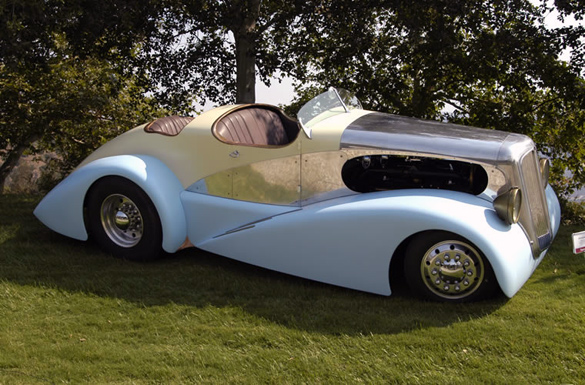 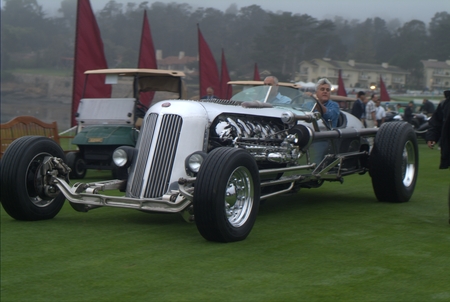 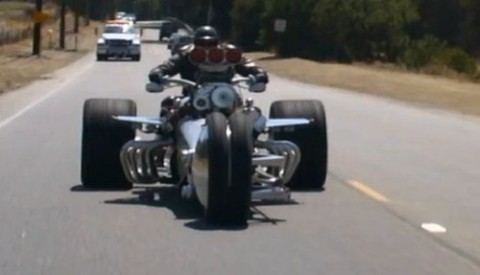 “All I have seen teaches me to trust the creator for all I have not seen.” 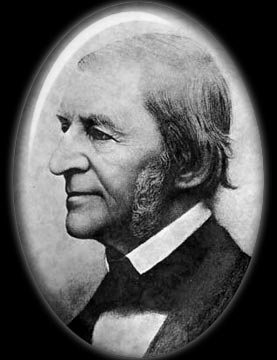 “Good men must not obey the laws too well.” 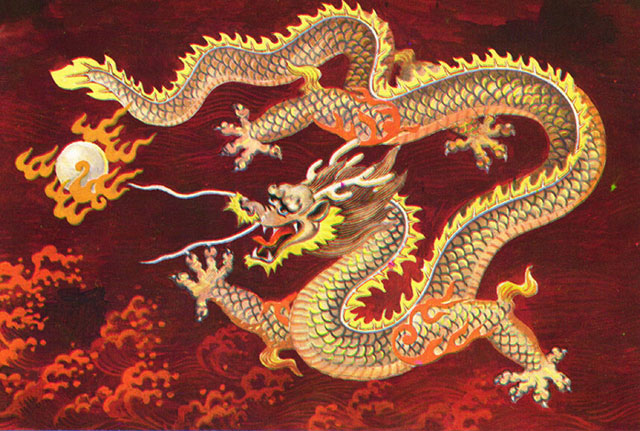 The Soviet Union collapsed in 1991, and rather than emulate its Fate China has un-officially abandoned Communism.
Today Western Social Democracies teeter on the brink of financial collapse, being brought to ruin by essentially the same insane Socialist statism as their Communist cousins, their slower demise being prolonged only by the lesser degree of their socialist zeal.
These are monumental events in history which have given many Libertarian Capitalists the hope better days are on the horizon, assuming a Global community of Free societies must rise in consequence of the inexorable march of Human progress, yet it has occurred to me that History portents a far more grim possibility… The Rise of the Anti Christ.
Who, you may ask but a lunatic could believe such a wild and terrible fate awaits us?
I am no Mad man. I am a realist. 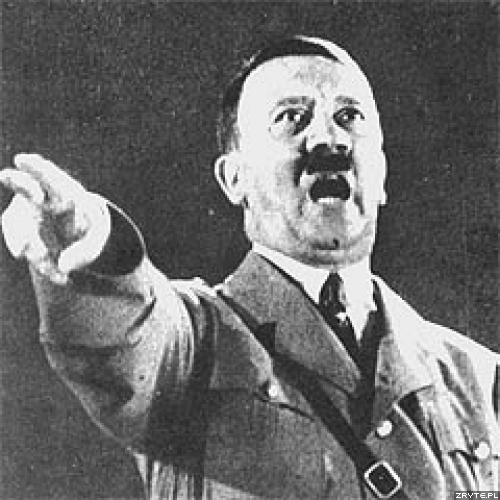 To make my point I direct your attention to the chaos of Post world war 1 Germany and the rise of Adolf Hitler, A man whom may be said to be an almost perfect Pattern for Satans Man of Sin.

When you examine the circumstances which brought Hitler to power, you see that he took advantage of a time of great upheaval and Chaos and that The Foolish masses looked to his leadership as to a Messiah. Post WW1 Germany was in ruin. They suffered defeat, and the burden of War reparations imposed upon them by their conquerors. On top of this Germany was delt a second blow… The great financial collapse of the Late 1920s called the Great Depression. Germany was in Dire straits, and this was the perfect opportunity for Hitler to Lie his way into power. Weakened by Poverty and bleak prospects, the gullible Germans swallowed The lies Hitler peddled, promising them He would drag Germany out of the gutter and make them rulers of the world, if they will only give him the Power and authority to achieve it.
Hitler blamed the Jews as the chief cause of Germanys woes.

According to Hitler the Jews were trying to take over the World. This was a popular delusion of the era. He blamed the Jews for the defeat of Germany, for the rise of Communism, and for engineering the great depression.
The AntiChrist too will revive a fanatical Anti Semitism.

It was Hitler who had ambitions to rule the world!

In my view there are many ominous parallels to be drawn from the Germany that elected Adolf Hitler, to the present state of things in the world.
In my view The Stage is set for the Rise of the Antichrist.
Islamic terrorism has spread paranoia against religious liberty.
Though the Global financial collapse is the fruit of Socialist regulations, and meddling, the vast percentage of the human race have been deceived into thinking the collapse is to be blamed upon too much freedom, and upon rabid capitalism.

These are Perfect lies upon which The Antichrist may appear as a savior…riding his white horse, and take command of the entire global economy and put an end to all religious liberty.

The Book of Revelation tells us a Hitler-like Politician shall arise and shall rule the world. He shall command that no man will be allowed to buy or sell except they receive ‘the mark of the Beast,’ and that all whom refuse to worship his image…shall be killed.

Everything is falling into place for this Anti Freedom, Totalitarianism to occur.
Untold Millions will die!
Billions will recieve the mark…and be Damned! 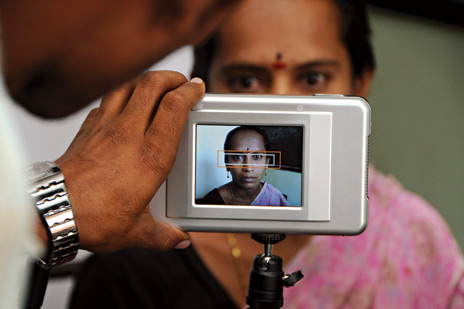 Events such as the ‘Arab Spring’ in the Middle East are making the idea of a world government more plausible, and as unlikely as the mark of the beast may at first appear other strange/ frightening things are afoot that ought to send chills down ours spines eg. India is instituting a program to scan the retinas of every Indian citizen to put it into a Database. The justification is that this program will help the poor, prevent crime, cut down upon welfare fraud, and prevent government corruption ( That’s a classic! They are selling the greatest Government encroachment and violation of personal privacy… as an act of anti corruption!) Gullible fools will swallow these pretexts, and willingly submit themselves to this monstrous program, and when enough have subjected themselves voluntarily, it will be an easy thing to compel the rest under the pretext that those whom refuse are criminals and public enemies.
This is happening right now! 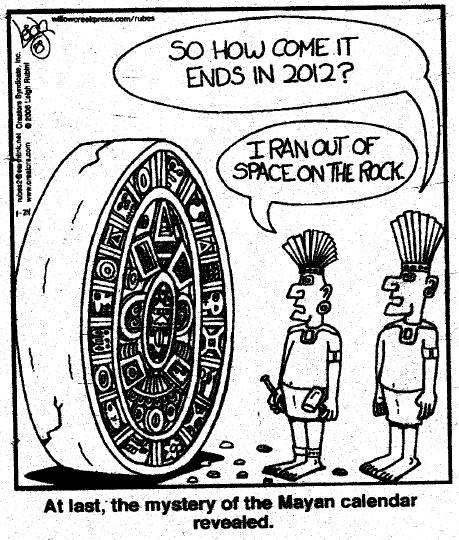 Yes Folks we are witnessing the fulfillment of Biblical prophesy before our very eyes.
Let me tell ya some good news… you can stop worrying about the Mayan calendar and the 2012 end of the world, I can assure you The world will still be here in 2013, unfortunately the bad news is this does not get us off the hook! The Bible tells us the most terrible period in human history lies ahead of us. Jesus warned that this period is going to be so terrible that unless God intervenes, no life will remain. (This Dispensation called The great tribulation is 7 years long)

When 2013 dawns Mockers will take this as a sign the all religion is BS. They will harden their hearts and say to themselves that the Bible is no better than these Mayan myths..

St Peter says…
“We have also a more sure word of prophecy; whereunto ye do well that ye take heed, as unto a light that shineth in a dark place, until the day dawn, and the day star arise in your hearts:” 2 Pete 1vs 19. 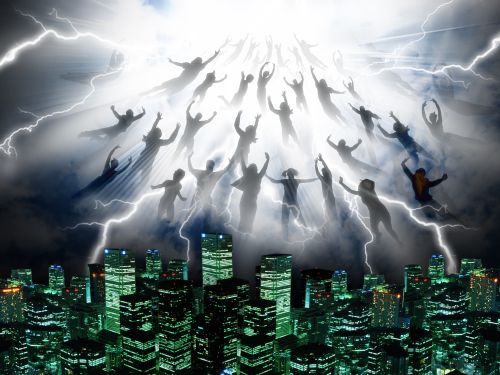 As a Christian saved by the grace of God I have no fear of going through this terrible age of tribulation. The Bible says that before this terrible time begins a very special day must first take place. It is the day that the current Christian Dispensation of grace ends, and God removes ‘the saved’ so that this terrible time of wickedness and judgment may fall upon all whom rejected the Gospel of grace. This special day is called The Day Of Redemption, and the event whereby the saved are taken up to meet Christ their savior is called the Rapture. After this day Salvation will not be a free gift, but will require strict obedience to righteousness, It will require enduring unto the end…refusing the Mark of the Beast, etc This Terrible time of Satanic rule and Divine judgment will only be brought to an end by the return Of Jesus Christ as King of Kings, and Lord of Lords.
You can avoid this terrible time, and to be saved from Judgment for your sins, by simply calling upon the name of Jesus Christ, accepting The gospel message that when he went to the cross that he paid the penalty for your sins, and trust in the scriptures testimony that he rose from the dead in victory over sin and death.

Humbug you say?
That’s what many fools would have thought when Noah warned them that God was going to destroy the world by Flood!
I know many people who read this will say in their hearts that the Bible is just a big fat man made lie. They will tell themselves the Bible is beyond belief.
To that the scriptures speak for themselves… “The fool hath said in his heart there is no God” (Psalm 14vs1) . And again “Professing themselves to be wise; they became fools” (Rom1vs22). And again “But the natural man receiveth not the things of the Spirit of God: for they are foolishness unto him: neither can he know them, because they are spiritually discerned. (1Cor2vs14).

Many reading this will think I am a complete fool to believe the Bible is truly the Word of God. I feel sorry for you, and yet though I must bare your reproach, I trust in Christ. I have faith that one day He will have the glory on Earth he deserves, and my zealous testimony for Christ shall in that day be vindicated.
Today you still have a chance to be saved! No man knows the Day or the hour that these Biblical events shall take place. Christians have been waiting 2000 years.
God is staying his hand, yet the hour of the rapture is drawing closer and closer… so too cometh the end of all the Human manufactured Madness and misery. We shall see christ in all his Glory… He will come as a thief in the Night. As it was in the days of Noah. People were eating and drinking. Marrying and giving in marriage, until Noah entered the Ark and the flood came…
Are you ready?
Tim Wikiriwhi 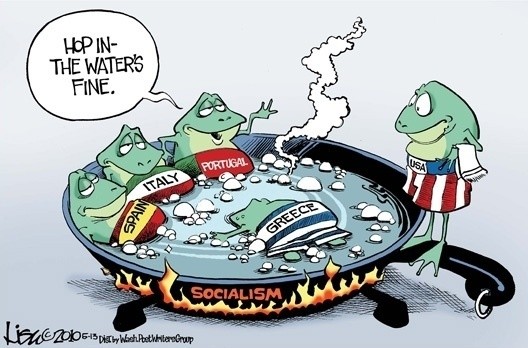