Final Draft Below.
Submissions are limited to 10 000 characters.
Mine is 9996.
I had to axe about 50% of my original draft.
A longer (better) version can be found here 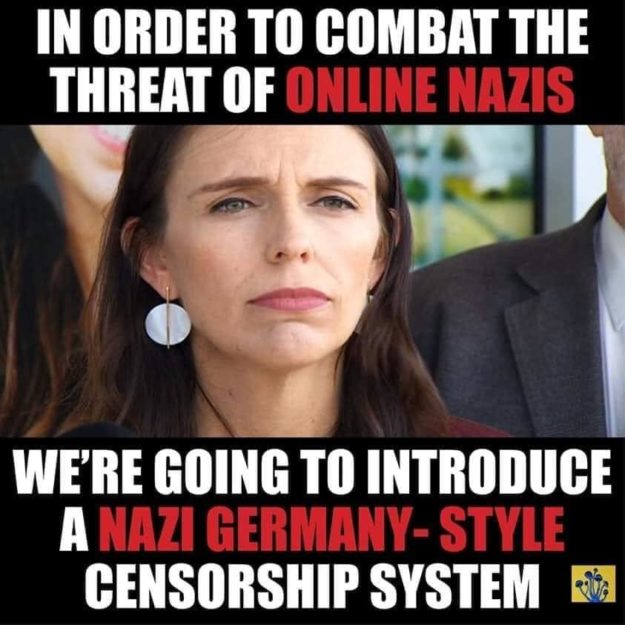 I would like to express my grave concerns about this bill.
I believe it to be corrosive to the wellbeing and democratic health of our nation.
I believe it is an attack upon bona fide free speech and will be used to suffocate religious liberty, and therefore I oppose it.

For a healthy democracy to endure New Zealand needs to maintain an open public forum where tuff and uncomfortable discourse can be engaged without fear.
An open Forum that is not hobbled by pitiable cries of hurt feelings, not wrapped in cotton wool for the sake of precious and dainty hearts, or cut short by the whimsical taking of offence, effectively muzzling plain speech and making the public expression of certain views and opinions crimes.

Only an open forum truly represents a tolerant society.
A society that will not countenance opinions that are at variance with the Governments agenda, is the very opposite thing of tolerant.
It is a closed and oppressive society.

A free society *tolerates* dissenting opinions and understands that allowing them to circulate as part of an open forum and debate for the public to make up their own minds about is at the very heart of a healthy and free society.
The *Anti-freedom mentality* sees contrary opinions as *only bad*.
In truth… like a Black canvas allows a white picture to be more clearly seen, so too bad and weak arguments are opportunities for superior reasoning to shine.
Yet when it is the official narrative that turns out to be dull and the dissenter shines with superior proofs, this is when the Powers that be are provoked and resort to calling their opponents ‘haters’, ‘harmful’, etc to justify silencing them before the general public grasp the official narrative they are being spoon fed is not the best evaluation of the facts.

The vital question is this… How can the people appreciate they have been fed propaganda if the dissenting opinions have all been censored?
They can’t… they are trapped in a spiders web.
The people pushing this bill are seeking subversive powers, and that is what makes this bill a danger to our nation.
These Ideologues relish the power to make their own opinions law and to dictate what is acceptable for the voting public to hear and to think.

There are serious and intentional ambiguities that expose the people of New Zealand to open ended and whimsical prohibitions and dangers that are starkly apparent.
This legislation is too loose.
It has no safeguards against arbitrary judgements and partisan abuses.

This legislation does not spring from any genuine need or shortfall in current Legal protections for citizens.
It is mere pretense to claim otherwise.
The scourge of Politically Correct madness that has gripped western civilization is the underlying intent underpinning this bill.

Censorship is being advocated by the use of ambiguous yet derogatory terms such as ‘harmful’, ‘objectionable’. ‘hateful’, ‘offensive’, ‘misinformation’, ‘fake news’, etc.
Intentional ambiguity leaves the reality to become painfully apparent after the bill has become law.
Assent is sort to this bill via the ruse… ‘Who could possibly protest the suppression of ‘hate’ and ‘harm’?

The bill states that take down notices may be issued when ‘(c) the Inspector believes, on reasonable grounds, that the online publication is objectionable’… hence the scope of Free speech in NZ will be limited to conform to what some Thought Police Official ‘believes’. 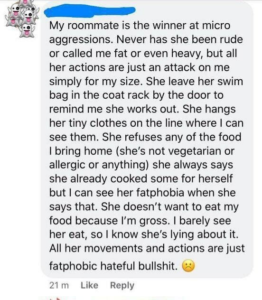 This bill is totalitarian as it leave nothing beyond it’s scope because Woke social Justice warriors literally take offence at *everything*.
Not even Dr Seuss is safe!
All it takes to trigger the censorship powers is for someone ‘to submit a complaint.’, and for some Orwellian ‘Inspector’ from ‘the Ministry of Truth’ (Read Orwell’s 1984) to deem any utterance as ‘probably harmful to the public good’.

I see no safeguards protecting unwelcome statements of fact from being deemed offensive and therefore ‘harmful’.

This Bill exposes all citizens at all times to the danger of being found upon the wrong side of the line.
Once in operation it will intimidate the people into silent obedient conformity.
The self-censorship that will ensue out of fear will be the greatest controlling factor of all.
esp after the State makes a few examples out of foolhardy dissidents or better still when some Kiwi Icons discover how quickly they have become public pariah’s for daring to commit the equivalent of Politically incorrect Blasphemy.
When the mighty are brought to their knees… fear will keep the rest of the people in their place.
None will dare tell an off-colour joke. No Sarcasm. They shall become crimes.
Take care not to allow your weary heart to thoughtlessly commit any perceivable micro-aggressions!
You will have to be reeducated to understand and embrace the new rules this bill really entails.

Ambiguity leaves caprice for overlooking any truly malicious speech congruent with politically correct prejudices and bigotry.
Political operatives will use the ambiguities in two ways.
By rigorously implementing censorship and punishment’s for wrong think, and by conveniently giving a green light to officially endorsed ‘right think’.
With not a single well defined objective principle in sight that can be easily grasped and applied equally to all, censorship shall proceed on a purely arbitrary basis.
There could not be a more pernicious idea to justice and freedom than the rationale that speech legislation needs to be broad and open ended, and that it simply shall not be abused because the standard that shall be applied is that the agents of the State will ‘instinctually recognize hate speech when they see it’.
You could not formulate a law more open to abuse and prejudice.

Let me list a few specific examples of offensive, hateful, and bigoted ideas that shall conveniently pass through the gauntlet unhindered.
When hate and prejudice is leveled at White people, it will be condoned.
When sexism and disadvantage fall against men and boys it will be condoned.
When Doctors refuse to tow the Official line on such things as vaccines or lockdowns but dare to promote alternatives their appeals to the public will be taken down and they will be threatened into silence.
When Christians are forbidden to express their long held beliefs, this suppression will be officially sanctioned.
Not a single contempt filled Maori Radical, or Man-hating Feminist, or bitter irreligionist will be suffered to curtail their guile.
Any written complaints against these hate mongers will be summarily dismissed.
They shall enjoy their free speech, but no one else will as these are seen as the trail blazers of the New woke Socialist ‘inclusive’ Utopia.
The New Zealand we grew up in will be gone…. destroyed.
As George Orwell penned in ‘Animal Farm’… the once ‘oppressed’ become the next oppressors.
This is not progress!
It is a new tyranny.

Statements critical of Treaty separatism, Climate change, open immigration, transgender sex theory, vaccinations, abortion, or any promotion of traditional Christian values… shall be deemed as harmful, offensive, misinformation, conspiracy theory, etc and ‘against the public good’ and therefore illegal.
Platforms carrying such content will be forced to ‘take it down’.
Only one narrative can be allowed… The Official narrative.
This is the death of democracy and the death of freedom and societies that function like this are definitively oppressive.

If there ever was cause for suspicion of ill intent in this bill it surely must be by creating indemnity for officials from accountability for any injustices incurred by innocent parties wrongfully censored or punished.
‘No action to lie against Officials’… So no consequences for abuse of power!
Should this Bill not be scrapped, to safeguard free speech these indemnity clauses should be reversed making any misuse and abuses by officials an offence.
Heads should roll!

Big Sister is watching.
In The closing years of the last decade the Gargantuan Internet/ Tech Corporations formed a cozy relationship with Socialist governments.
They share political outlook, and working in collusion they successfully shut down a significant portion of political opposition from being able to get their counter-narratives herd by the voting populations. Enough to skew elections.
They did this via de-platforming and censorship on an unprecedented scale, yet as a backlash *alternative social media and video streaming platforms have sprung up in the name of free speech* and those who suffered mass censorship from this unholy alliance have migrated to new platforms that allow them to congregate and share their views.
This makes these new platforms a threat to the Leftist woke monopoly as the single source of truth.
Platforms independent of the Leftist Cabal today allow countless numbers to slip through the Socialist Net.
Via legislation such as this bill we see these socialist governments mobilizing to crush these new platforms where dissent is starting to flourish thereby restoring their Politically correct stranglehold on information.
This regulatory activity is much to the advantage of the Establishment Mega corporations who have been losing market share and control as Freedom lovers exodus their skewed platforms.
This legislation will plug the leakage.
The fanatical Zeal of Woke leftist Globalists like Ardern and her minions will not be content with anything less than total control of all information either On line, or off.

The result if this bill becomes law will be Police raids and intimidation of Political dissidents.
Mass social conditioning.
Thought Police.
It is not creating a tolerant society but a political correct tyranny.
It is establishing intolerance as the rule, and offence taking as the means of silencing opposition.
This is not Social progress but a headlong regressive slide backwards.
Humorless, fearful, oppressive, stupefying.
The Socialists don’t care.
Power Corrupts.
Freedom is in peril. 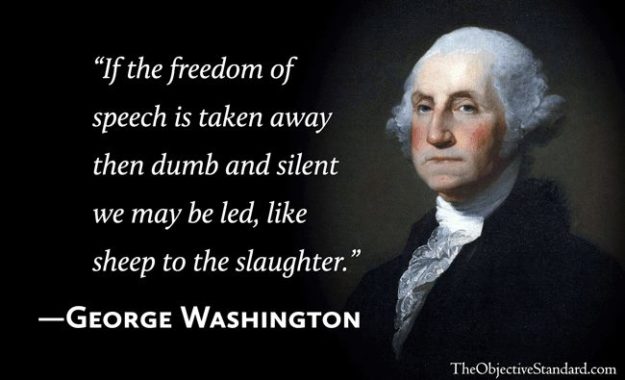 The Bill can be found here.

Public submissions opposing this Bill can be submitted here.

More from Tim… ‘FREE SPEECH AND THE FATE OF SOCRATES’, BY TIM WIKIRIWHI. FROM ‘FREE SPEECH UNDER ATTACK’. TROSS PUBLISHING 2019.

EPIC DEFENSE OF FREE SPEECH: ANN WIDDECOMBE | WE SHOULD NOT SUPPORT NO PLATFORMING (8/8) | OXFORD UNION. YOUTUBE

ONELAW4ALL PAMPHLET DOES NOT CAUSE ME ANY OFFENCE: BUGGER THE ADVERTISING STANDARDS AUTHORITY! BY LIBERTARIAN MAORI TIM WIKIRIWHI